The perspective of integration of renewable gases such as the mixing of biomethane with natural gas was discussed, among other things, in the meeting of the CEO of the Hellenic Gas Transmission System Operator with the general manager of Gas Distribution Company of Thessaloniki Thessaly

The cooperation of Hellenic Gas Transmission System Operator (DESFA) with the Gas Distribution Company of Thessaloniki Thessaly (EDA THESS) in areas such as security of supply, the integration of renewable gases in the networks and the improvement of the services provided to consumers were discussed in the meeting that the CEO of DESFA Maria Rita Galli had with the General Manager of EDA THESS Leonida Bakouras.

During the meeting, Mr. Bakouras pointed out one of the strategic pillars of the company which is to ensure the uninterrupted and safe distribution of natural gas.

At the same time, the prospect of integrating renewable gases such as the mixing of biomethane with natural gas was highlighted. In addition, the need to expand cooperation in conducting preparedness exercises was discussed, through combined scenarios with escalating intensity of events that could lead to a generalized crisis in the network. The priority is to strengthen the effectiveness of the response mechanism of the involved structures of the two managers based on security and to optimize the coordination with the Authorities and the competent bodies.

Both sides noted that a common goal is to promote the sustainability of networks in light of the goals set in the energy roadmap 2030-2050. 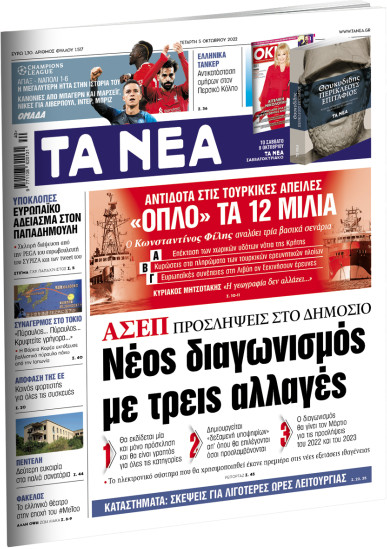