A new poll, this time by ProRata, saw the light of day. The citizens in the “October Pulse”, as the company’s research is called, answer timely questions while the intention to vote is also presented. In this latest poll, the difference between New Democracy and SYRIZA is 8%.

In the assessment of ProRata’s voter intention, New Democracy gathers 34% and SYRIZA 26%. It is followed by KINAL with 6.5%, the KKE with 4.5%, the Hellenic Solution with 3%, while MERA25 with 2% seems to be left out of Parliament. Compared to August, the percentages of the parties do not show many changes.

The issues that “burn” are in order: Low wages and working conditions, national issues, corruption, education, high prices, while the pandemic is in sixth place. In seventh place is the issue of unemployment.

When asked abouthigh prices, 95% answered that it will affect the average household.

Citizens’ views on the Greek-French agreement

68% of those who responded in relation to the agreement between Greece and France are rather positive and positive. 27% see it rather negatively and negatively.

69% certainly agree or rather agree that the agreement significantly strengthens the country vis-.-Vis third countries. 28% are on the opposite side.

What about the so-called middle class

Citizens were also asked to answer the question of which party is closer to the so-called middle class. 60% say that ND is far or relatively far from it, while for SYRIZA 63% say the same.

All measures in anticipation of Christmas

Life insurance contracts increased in the first half of 2021

All measures in anticipation of Christmas

Life insurance contracts increased in the first half of 2021 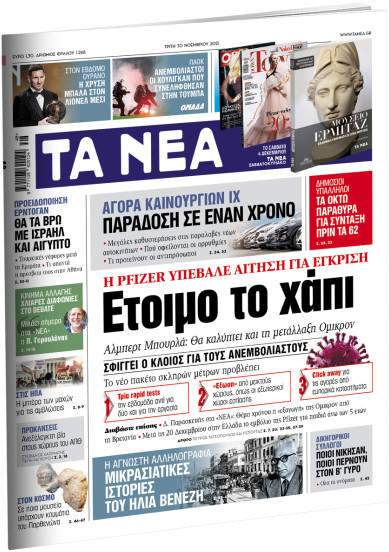