On 16 July, the two Greek officers were visited by the head of the European Union’s delegation in Turkey, Ambassador Christian Berger

Leaks from judicial sources in Turkey indicate that the two Greek army officers imprisoned in Turkey for over four months with no charges having been filed may face a prison-term of up to two years.

That prison term would reportedly be based on the charge that the two men illegally entered a military area (at the Greek-Turkish border) and that as military men they should not have lost their orientation.

Both officers denied that they had any intention of entering Turkish territory or of committing any violation.

On the positive side, reports indicate that the Turkish judiciary is not examining the possibility of filing espionage charges, though one cannot be certain until specific charges are filed.

The prosecutor in the case spoke of a “strong suspicion of the crime of illegal entry in a military zone”.  However, he also ordered the continuation of the examination of the two officers’ cell phones, which he said could conceivably lead to the filing of weightier charges

The Turkish prosecutor said that the border violation was committed by military men who should have had a minimum knowledge of their path in the specific area, and that this increases the possibility that a crime was committed.

“Given the fact that the minimum penalty for this specific crime is two years imprisonment, at the moment their continued imprisonment is called for,” the prosecutor was quoted as saying.

The prosecutor also underlined that the officers do not have residences in Turkey. “Due to the lack of a permanent residence in Turkey and that they are citizens of a foreign country, there are grounded suspicions that they pose a flight risk,” he said.

On 16 July, the two Greek officers were visited by the head of the European Union’s delegation in Turkey, Ambassador Christian Berger (photo above).

Berger later contacted Greek MEP Manolis Kefalogiannis and briefed him that after several weeks of efforts he was granted permission by Turkish authorities to visit the maximum security prison in Edirne.

Berger said that the two officers are in fairly good condition.

Kefalogiannis underlined to Berger that the two officers are European citizens who were guarding European borders, and that EU efforts for their immediate release must be intensified.

She issued her statement after the uproar triggered by revelations that the phone of centre-left PASOK-KINAL party was tapped by EYP during the period of the party leadership campaign,

The Greek side is obliged to be, as it is, in a constant state of readiness, and to combine a clear and fine line of composure with a firm demonstration of decisiveness. 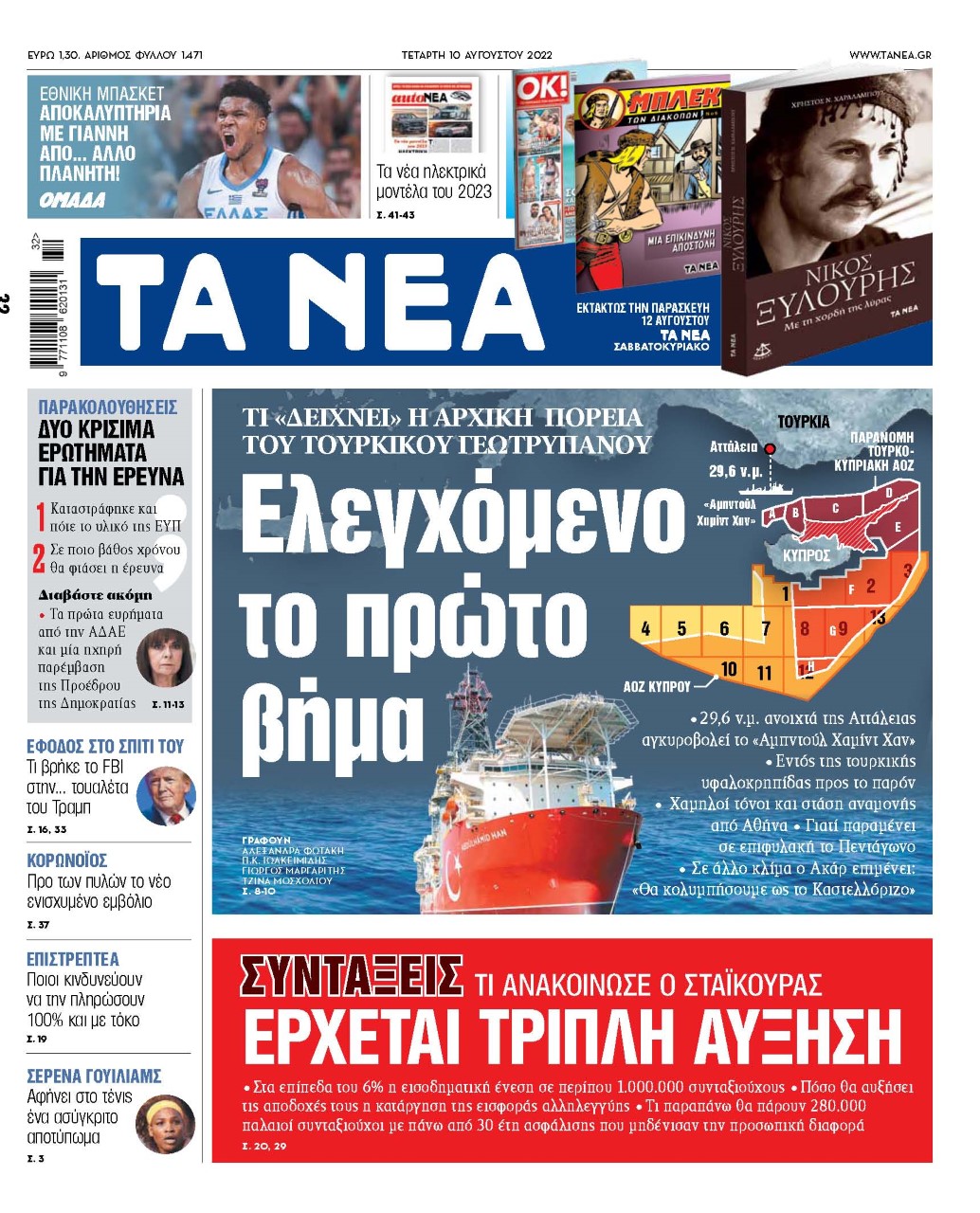