Fame criminal lawyer Alexis Kougias has unleashed a strong “J’accuse” in statements made just ahead of the upcoming Hellenic Football Federation elections.

As is his wont Kougias, who is currently the major shareholder of, is very specific and has named names regarding the outrageous behind-the-scenes events that one could well argue have a decisive impact on the future of Greek football.

His charges concern very serious problems that people have been hearing about for years and have unfortunately come to consider almost normal because no one ever did anything to address them.

The situation is pretty much inconceivable for the average football fan as it involves a well-greased machine that aims at all costs to control elections in regional football associations – and its reach goes all the way up to the peak of Greek football, the Hellenic Football Federation (HFF).

Kougias offered scathing criticism of Thomas Mitropoulos and his modus operandi since 1996, as well as of an individual who is not in football management, AEK FC’s Yannis Papadopoulos.

Kougias referred to them characteristically as “Thomas’s kids”.

He described very precisely the domino effect that goes all the way to Goudi Park [football field] in a bid to control refereeing in both professional and amateur football. 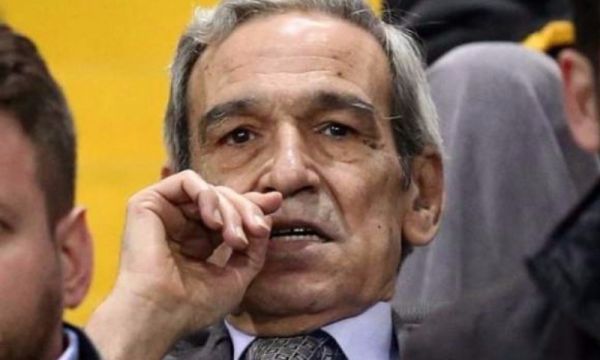 He provided revealing information about the ongoing probe being carried out in order to get to the bottom of things and about much that is going on in the dark alleyways of football that should have drawn the concern of police reporters.

That includes an anonymous caller who expressed concerns about…his health.

Such statements from a man who has been a football insider for years and has demonstrated that he is willing to pay the hefty price of being outspoken are bound to be widely discussed.

‘Football must cleansed of filth’

Judging by his statement, Kougias believes that something might change now.

“At long last, for the first time since 1996 the independent Greek judiciary has decide to remove the filth from football. That was when the dirtiest individual in Greek football history along with the grubby cabal that established in the HFF a sort of Camorra which continues behind the scenes to poison anything honourable that in both professional and amateur football. I feel that definitely something [positive] is going to happen,” Kougias told the in.gr website.

He has revealed his views in a statement that illuminates all that has transpired in Greek football over the last 25 years.

“Since 2016, when Larissa FC was admitted to the Super League, I have been shouting out that a criminal organisation comprised of the protégés of Thomas Mitropoulos (with a leading role being played Yannis Papadopoulos and his associates), Achaea Football Clubs Association president Angelos Daniil and treasurer Kostas Dasios go about set up shop in hotels of provincial cities right before elections in regional federations around the country. “

“He is usually accompanied by his lawyer, Yannis Grigoriou, and by well-built thugs and bribes either the representatives of bogus FCs (one sees how well  Athletics Minister Lefteris Avgenakis cleaned up the cow dung in the stables of Augeas) or legitimate ones with sums of up to 20,000 euros in order for them to vote for the chosen candidate so as to gain control of the HFF and its executive committee and other committees and by extension of all referees, even in the amateur championship,” Kougias said.

A candidate for HFF president who can’t speak English

“The individuals who are picked and elected have no economic means or moral stature and hence we saw an employee of a paints shop on the island of Samos, Nikos Vakalis, become deputy president of the regional federation of Samos. That is why we see that figures like Kyriakos Thomaidis (the owner of a bar in Egaleo) and an unemployed accountant like Daniil – who is being prepped for an important position on the Executive Committee even though he was ousted due to irregularities from an Achaea milk-producers cooperative – are all-powerful in the HFF. I had Daniil as an overseer when I was owner of Panahaiki FC. That is why we have people like [Takis] Papachristou of the Etoloakarnania regional federation. That is why an employee in the court system of Livadia, [Kostas] Nikas, is being backed as a candidate for the presidency of the HFF without even speaking English.”

“These people have one aim in mind – to execute the orders of Yannis Papadopoulos, the man who managed without a court ruling and with the consent of the HFF legal bureau to receive 300,000 euros in compensation even though he was the lowest-ranking employee of the HFF and the driver of Vasilis Gagatsis. One need only listen to the transcripts of conversations from Koriopolis [literally “bug city”, the code name of a major football scandal that took years of litigation and ended with several convictions] to understand that his main [and only until 2012] daily preoccupation, along with the whole criminal organisation of Ilioupolis, was fixing all the matches in Greek football.” 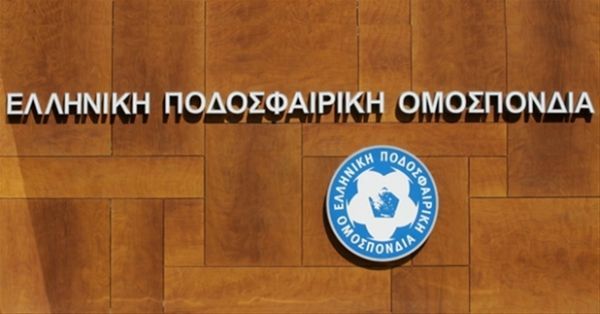 “This individual just as the rest of the people involved in Koriopolis benefited from me in two ways that should be probed by a prosecutor. The first is that shortly before the Koriopolis trial and with a ridiculous pretext deputy prosecutor [Yorgos] Lainis decided to remove my police guard and leave me defenceless. The second is that I showed pity for them. However, because I never dropped by Thomas’s cashier he – and [Panagiotis] Diakofotis and Yannis Papadopoulos along with HFF employees that are Thomas’s cohorts in the criminal organisation that he established from 1996 onwards – are trying to destroy AEL [the Athletic Association of Larissa].”

“The peak of their effort, which collapsed with summary procedures, was the dirty decision to revoke players’ permits in the match with Lamia FC, which collapsed with summary procedures, so that we would compete without 11 of our players against Yannakis’ protected Lamia FC. The only reason they did this was to take revenge on me for exposing their criminal activities since 1996.”

“Instead of what the Ethics Committee is doing now happening back in 1996, they were punishing me and AEL for allegedly defaming the sport, and their immediate collaborator, Lainis, was filing charges after the indexing conducted by Alexis Dedes, an erstwhile employee of Yannakis in AEK FC, and Thanos Blounas, Thomaidis’ right-hand-man – who is an exceptionally vulnerable individual (such are the people they pick)  due to choices in his personal life, and I do hope he has become disentangled from his problem. In order to cooperate with Lainis and Dedes on the annihilation of others he receives 6,000 euros a month.”

The evidence in the Ethics Committee’s investigation is confidential. From what I know, however, mouths are already opening. That is the reason for the attempt in recent days – culminating in the anonymous call from someone who purports to be trying to organise the effort to clean up Greek football. I stress this because both I and other owners, educated professionals, and businessmen are at the mercy of criminals who presented themselves as proponents of cleaning up football but in fact since 1996 were in cahoots with referees and observers. More recently, they have placed straw men as observers at AEL’s away games to distort events in order to stop me and punish me as they did in the past,” Kougias charged.

“Tomorrow we have elections and we shall openly vote for Thodoris Zagorakis and the players from the victorious UEFA Europe 2004 team. The Ethics Committee should review one by one the elections in regional federations that are blackmailing minister Avgenakis and that at some point dared to present as a candidate Psaropoulos – Thomas Mitropoulos’s right-hand-man and Papoutselis’s boss. They tried to promote him. Our last hope is the Ethics Committee. Otherwise, we shall have to sell our teams or give them away for free, because it is certain that this criminal organisation will manage to annihilate us in the courts and in games.”

“I am glad that recently this has been understood by Mr. Alafouzos, who was not aware of it. I hope that Ivan Savvidis realises it as well, because some people in his entourage, like Makis Gagatsis, are not telling him the truth and are investing in division.”

They know in Dion

“I am certain that Mr. [Mark] Clattenburg] – with whom I shall meet on Monday or later – is by now aware of what is going on and about what some of his valuable collaborators have done in football. I hope that he will take hold of refereeing. I have informed Mr. [Zoran] Lacovic and Mr. Georgiou in Dion, and I was glad to learn that they are aware of people and behaviour in Greek football. I was hearing that for the office of HFF president the person being backed is Panagiotis Dimitriou, who used to be Thomas’s errand person. If they want to know what’s going on let them have a look at Super League 2 and what is being done there by referees, like the son of the secretary of the Athens Football Clubs Federation. I have been saying these things for years, but until now all eyes and ears were shut. I am glad that the Ethics Committee has taken matters into its own hands,” Kougias concluded.

Vangelis Papathanasiou: Oscar-winning composer passes away at the age of 79

Vangelis died at hospital in France on Tuesday, where he was being treated for Covid-19

Editorial Ta Nea: It is high time for reforms

Despite the raging war in Ukraine and its impact on all of Europe, reforms must be implemented swiftly in all areas, especially ones delayed for years.

Energy: The advantages of the alliance between Greece and the USA

The Minister of Tourism is in Belgrade

The network plans expansion on the Bulgarian market

Rhodes: Countdown for the restoration of the National Theater

Ellinikon: Rain of amendments for hotels, height of buildings and Double Regeneration

Additional height given to the skyscrapers in Ellinikon, operating license without environmental conditions for hotels and extension to the demolition permit of the Stadium on Alexandras Avenue

Frigoglass: Losses of 2 million euros and 25% increase in sales in the first quarter

The first direct international flights arrive in the islands as early as March 27, earlier than ever

Patience is running out is the message sent by the hotel tourism operators from the podium of the general assembly of the Panhellenic Hoteliers Federation (POX) on how the state deals with the issue of short-term leases such as AirBnb.