FIFA’s secret report on the “Diagnostic evaluation of the operations of the financial department of the Hellenic Football Fedaration (EPO)” puts the administration on the spot and creates many questions.

Numerous expenses. “Blind” financial transactions. Ambiguity on who is responsible. And mostly lots of things that don’t make sense. A history that will definitely make the administration of the Hellenic Football Fedaration (EPO) uncomfortable. EPO is called to give full answers on “where” (and mostly “how”) do millions of euros that it manages on a yearly basis go. Money from the international associations (like UEFA and FIFA), but also from the teams themselves.

Sunday’s “Avgi” brought all of this to the spotlight. The newspaper revealed a secret FIFA report (called “Diagnostic evaluation of the operations of the financial department of the Hellenic Football Federation – October 2020”), where a series of events are described “leaving a serious sense of mismanagement”, as the article suggests. It is also mentioned that everything revealed leave the auditors with questions on the very integrity of the financial management. Something that – according to the newspaper – is confirmed by the way the auditors comment on their findings.

The big scandal in numbers 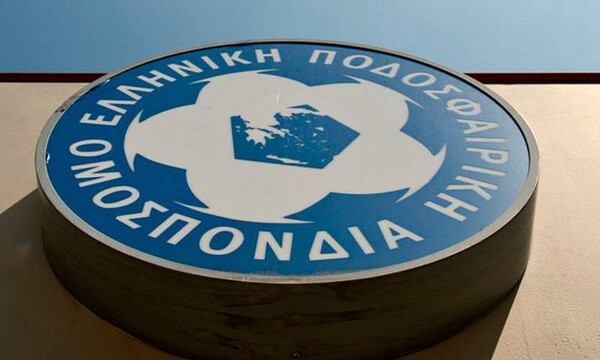 The report was composed by «Pricewaterhouse Co-opers», a top company in the financial auditing sector. In 57 pages, it presents detailed information on the way EPO operates regarding its finances, as well as the organization chart of its departments, for which a series of recommendations are made. The report is also accompanied by a series of where 2019’s expenses are presented in contrast to 2018. In these table seven different “codes” reveal elements, for which the administration of Vagelis Grammenos must answer.

There is a huge deviation. There is up to a… 547% increase in codes for travel expenses, as well as “various expenses” or “third-party expenses”. Yes, 547%! It is mentioned in the report that: “Despite the effort of cutting expenses, we observe a significant increase in expenses for services like telecommunications, rents (33% increase) and various expenses (54% inxrease)”. What is the strangest thing? EPO of the 76 employees in 2016 had more than 150 employees in 2019. What reduction in expenses are we talking about?

One would assume that perhaps the travel expenses for referees were increased because we have foreign referees in Superleague. But the same argument cannot be used for sub-code 64.98.05 “Third Party Expenses”, given that the amount of expenses was increased by 175%. Specifically, 2.428.944 euros were spent, as opposed to 881.873 spent in 2018. That’s almost a 1.5 million euro difference! What is even more important is that the auditors were left in awe because these expenses were not recorded, since they were done in cash (!).

Obviously, EPO needs to answer for this and explain all of these expenses that – according to “Avgi’s” article – are not justified in the report’s documents. The needed receipts are nowhere to be found. The auditors were surprised by the fact the Association with all these employees has many shortcomings in its organizational structure. Technology isn’t used at all.

And when it’s time to seek who is responsible, we are faced with a dead end. The report describes this as “blind transactions”, trying to explain this ambiguity. And of course it asks the Association to investigate this. It is exactly stated that there are “expenses” lacking visibility. And “expenses” that are paid in cash in a procedure that in essence bans the obvious: following the money to get answers.

Another interesting observation is made for the Association’s budget. “There is no monitoring process (systemic or non-automated) and no standardised budget report on real data during the entire duration of the fiscal year”. The report is addressed to Petr Fusek, FIFAs expert, who has had these documents in his hands for a while.

The same man who has been here all these years of trying to make Greek football “healthy” again. The report finishes with 20 recommendations, some of which need to be followed immediately, like eg. “the elimination of tasks of irrelevant nature that are executed by the financial department” or “the re-construction of the budget’s monitoring process”.