Yesterday’s statement by the Environment and Energy Minister regarding the Public Power Corporation (PPC) would appear to be the epitome of scare-mongering.

“If the PPC falls, then the country will fall,” he declared in a television interview.

The rhetoric is dramatic. However, it is in no way scare-mongering.

That is precisely the situation with which the country’s largest enterprise is confronted and that is exactly what the result of its collapse would be.

The crash from the fall of such a huge enterprise would doubtless drag down the entire Greek economy.

To be convinced one need only remember that over a decade ago the fall of a medium-sized financial institution triggered a crisis in the both the American and the global economy.

The only way to avert a PPC collapse is a bold plan to save it.

The political resolve of the competent minister will not suffice.

The PPC crisis must be addressed with the consensus that an issue of national import demands.

There is absolutely no room for easy salvos from opposition parties and trade unions.

Reaching consensus with the government in no way requires giving it a carte blanche.

That means that PPC cannot be used to advance petty partisan aims and pursuits or to launch a blame game over what led it to the current situation.

“It does not even have the money to buy electricity pylons,” the minister said.

That says it all. 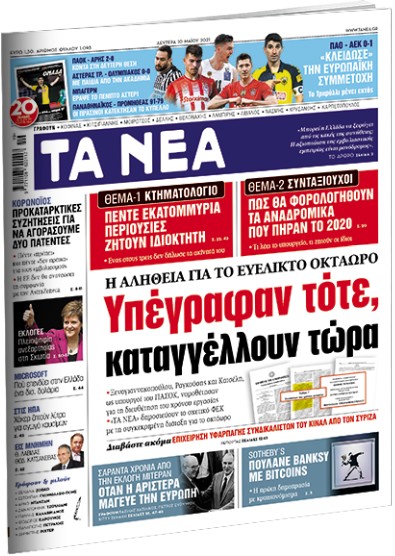