Greece can steadily and hopefully proceed to gain its proper role as a stable force in the Southeastern Mediterranean and in Europe.

The agreement in Brussels on the EU’s pandemic recovery fund is a golden opportunity for Greece.

The financial package and its distribution should not be viewed as a handout for a country that was just about to exit a huge, decade-long economic crisis but instead entered a new financial crisis triggered by the coronavirus pandemic.

The Greek government should handle the package as an opportunity for reconstruction, growth, and stability.

If it is accompanied by investment and an outward-looking mentality it could constitute a roadmap for a future of regional geopolitical stability.

Following tough, EU-wide negotiations at the European Council, the Greek prime minister’s gains are not limited to the financial package.

Greece has acquired new allies in the new, emerging European terrain, allies that will be necessary after the geopolitical shifts that are underway.

With new friends, its proportional share of the recovery package, and a comprehensive and effective government reconstruction plan, Greece can steadily and hopefully proceed to gain its proper role as a stable force in the Southeastern Mediterranean and in Europe.

Greece’s success in securing its interests at the EU summit shows the way.

Detailed measures “on the table” are, reportedly, higher heating subsidies, as well as subsidies for fuel and high electricity prices 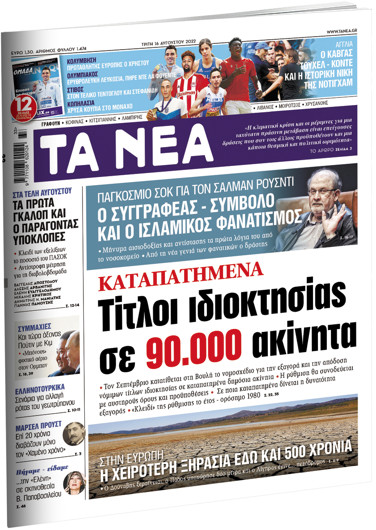