It is estimated that mining, included in the provisions of the "Greece 2.0" Plan, can mobilize investments of more than half a billion euros.

The mining and related metallurgy of our country is an extroverted sector with a significant footprint in the National Economy. Despite the ten-year economic crisis and the ongoing health crisis, the mining industry contributes steadily and significantly to the country’s GDP.

Although the country’s mineral resources are rich, value creation – or wealth – depends on a number of parameters related to the geological knowledge of the deposits, the international economic situation, the regulatory framework, and the available infrastructure. It is obvious that the mining industry has a high investment risk and low profitability, but the right investments can yield long-term and stable cash flows.

The important advantages of the Greek mining industry are also recognized by the Pissaridis Commission, which particularly emphasizes the presence in the international value chains and international competitiveness. It is estimated that mining, included in the provisions of the “Greece 2.0” Plan, can mobilize investments of more than half a billion euros concerning:

• Adapting to the challenges of Industry 4.0, with projects to upgrade metallurgical units and verticalize products.
• The modernization of mines and quarries with process automation, robotics applications and equipment changes in order to reduce the environmental footprint.
• The application of the principles of cyclical economy with utilization of secondary raw materials.
• Innovations in the production process, in mining research for finding new deposits and operation of innovative units for the exploitation of Mineral Raw Materials in the areas of de-lignification.

On the other hand, the most important critical issues that are an obstacle in its development course concern:

• The very slow and complicated environmental licensing, at times exceeding three to four years.
• The ambiguities in the transposition of European law regarding forest and quarry legislation.
• The exclusion of solid mineral mining in NATURA 2000 sites, despite the contrary provisions of European directives.
• The imposed changes in the Quarry Law, provisions which lead to increased operating costs.
• The significant burden faced by companies due to the calculation of mining fees based on the extent of concessions.

Mr. Athanasios Kefalas is the president of the Association of Mining Companies. 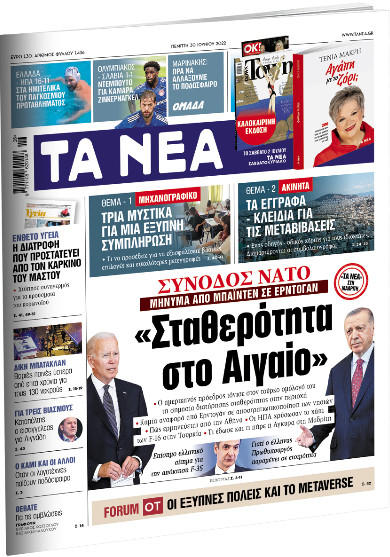