There are always the usual excuses and pretexts of those who commit femicide. As long as we tolerate, understand, and legitimise them, more defenceless women will fall victim to gender-based violence.

The murder of a woman by her husband in Glyka Nera and the developments in the case have shocked Greece and drawn attention abroad.

The barbarity of the culprit and his supreme hypocrisy, as he played the role of the devastated widower shocked and enraged the public and triggered intense concerns.

Was it an isolated act? Does the increased number of femicides (women killed due to their gender) make it necessary to take protective measures and see things with a new mentality?

In an Op-ed published in the weekend edition of Ta Nea, Presiδent Katerina Sakellaropoulou categorically supports the latter prospect.

She said that femicide “presupposes a relationship of power and dependence between the victim and the attacker – an inequality that can be bodily, social and economic, and with a predominance of outdated social perceptions and gender-based stereotypes”.

It does not occur in a vacuum. It does not come suddenly as a result of “passion” or the “heat of the moment” or an “assault of honour”.

These are the usual excuses and pretexts of those who commit femicide. As long as we tolerate, understand, and legitimise them, more defenceless women will fall victim to gender-based violence.

People with no compunction, cynics, and twisted personalities will always exist. Our justice system is here to handle them with objectivity and decisiveness. Yet, the system must also function preventively and not just coercively.

As President Sakellaropoulou stressed, gaps and deficiencies in the institutional framework must be confronted in order to halt the perpetuation of an environment of fear and of the subjugation of women.

Still, the problem of gender-based violence cannot be rooted out if we do not change and stop reproducing sexist language in our families, in our circle of friends, and in the media.

We must stop thinking or implying that in a crime with a women as victim she too must be to blame because she must have provoked with the way she expressed herself, was dressed, or moved.

The road to equality between all genders begins in our brain.

Construction is expected to begin in a few weeks 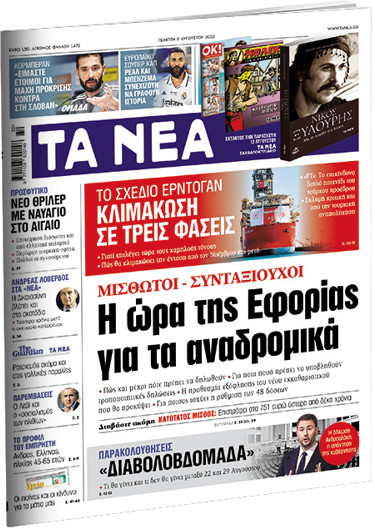