Greece is at a critical crossroad.

The dilemma “economy or public health” has returned to the forefront in a dramatic fashion as not only did the “invisible enemy” not retreat over the summer but rather it returned with even greater force as if it is seeking vengeance for its defeat in the first phase of the pandemic.

We Greeks have the bad habit of resting on our laurels before the end of the game, which in this case will come with the development of an effective coronavirus vaccine.

The acclamation and international praise for Greece’s success in containing the epidemic proved disorienting.

It cultivated the illusion that the battle was over.

Yet that is belied by reality as one sees on a daily basis with the mounting number of cases and the ominous projections of epidemiologists and virologists.

Judging by the epidemiological situation as autumn approaches it is clear that this will be a very difficult winter.

The PM and the government will be called upon to square the circle.

They must protect public health without further damaging the economy only this time the balances and data have worsened.

The economic situation and the limits of the public’s endurance do not permit a general lockdown as that would be catastrophic.

The only realistic way to avoid a grim scenario is for everyone to faithfully implement all protective measures without any second thoughts or reservations.
. 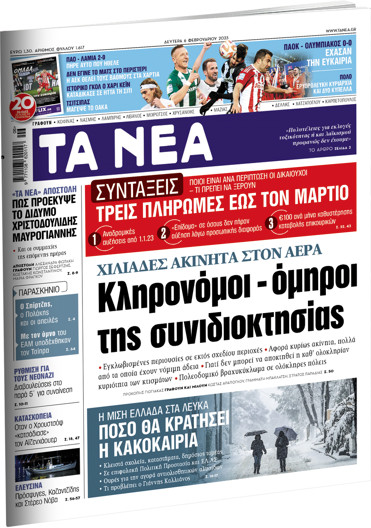