After yesterday’s meeting of the HFF Executive Committee (HFF ExCo) there are some concrete certainties.
The current administration of the HFF, with the already infamous Extraordinary Affairs Committee decision, of Mr. Dimitriou, Mr.Antoniou and Mr.Tzaferis, not only violated the final and binding decisions of the HFF licensing bodies but also directly violated the Federation’s Statutes (art.35) by granting to certain ten (10) Clubs the License to participate in the Super League 2 championship and proceed in unlimited transfers although they were not allowed to.

And that’s not our opinion. It’s the decision of the Supreme Court Judges serving in the HFF Court of Arbitration.
The Extraordinary Affairs Committee decision was not a random thought of an ExCo Member but an organized plan for the complete erosion of the second professional division. Following the scandalous «project» that we saw last year with Ionikos and the year before that with Apollon Smyrnis. Nothing happens by chance.

How was that decision made? Comments and speculations aren’t necessary in view of the statement of Vassilis Sarakis, the –more than ten years – legal counsel of the HFF already recorded in the Minutes of yesterday’s ExCo: «We were told that this must be the decision, justify it».
At this point, Mr. Agrafiotis of Olympiacos and Mr. Gagatsis of PAOK, both members of the Executive Committee, intervened asking for names; In fact the latter – although commonly known that PAOK FC has strongly supported the election of the current Administration – stated that he is ashamed to be a member of the Executive Committee.
So there is no doubt that this is the way Greek football is managed now. It is directly managed by a non-football criminal organization that has appointed its staff members. (Herbert Hubel, Chairman of the normalization committee appointed by UEFA, said in the past that the members of the HFF ExCo are not independent). 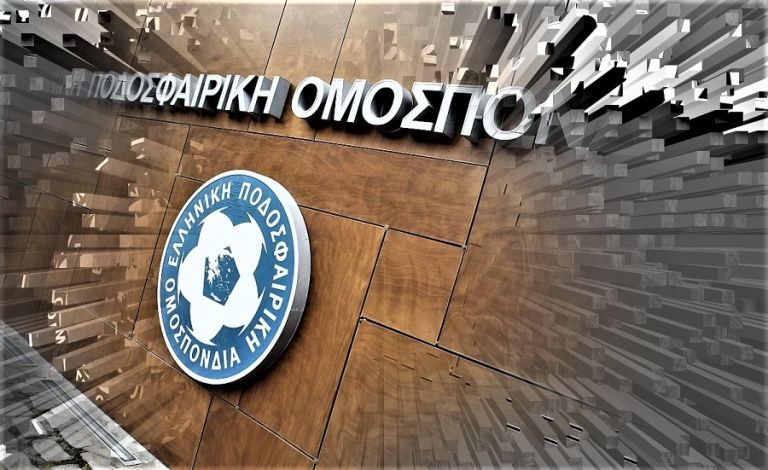 This purpose can justify everything. Illegal decisions, threats and blackmails to referees, in local union’s elections; and where threats don’t work ….violence does… this is Greek football today. And following all the above, the employees of the criminal organization have no intention to resign; now the initiative lies with FIFA and UEFA, which are well aware of the quality of “people in power” in the Federation since they have not shown any interest to translate and send them the revised HFF Statutes that were approved by the HFF General Assembly almost 2 months ago; because of course they are reluctant to modify and put it in force. They are reluctant to impose any order in the Federation’s affairs.
Everybody knows now. Everybody has a responsibility now.

If in 2016, FIFA and UEFA deemed necessary to intervene in the Greek football, this necessity know is multiplied and is unquestionable. Greek fans, the Government, Greek Clubs, everybody, demand from FIFA and UEFA to take the situation into their hands. Without excuses and hesitation to appoint professionals who can clean up the mess of this corruption and ultimately impove the Greek football. The downfall of the HFF and of the Greek Football has no end. Greek Football has hit rock bottom and only the initiatives of the international Federations can restore transparency and order. And these initiatives must be taken immediately.
Football in our country has not just become corrupt, it has rotten. There is no time. Mr. Ceferin and UEFA have proved that they care about and can promote European football. The same goes for FIFA and Mr. Infantino.
During the pandemic, both have proven that they are not in charge of these two huge Organizations by chance and with immediate decisions have managed to handle the crisis.
Same is required here. Determination and immediate decisions to restore order and transparency.

Ambitiously entitled “The Greeks are Back”, the conference was also attended by a handful of top ministers.

'We use hard power when all other choices are exhausted and in order to drive things to dialogue and diplomacy. In the Eastern Mediterranean, we mobilised in order to demonstrate that our legal rights and our sovereignty are non-negotiable,' said Turkish Foreign Minister Mevlut Cavusoglu.

The tourism receipts in August were formed at 75.8% of the levels of 2019- What do the data of the Bank of Greece show

Moscow also came out in favour of involving the permanent members of the UN Security Council - one of which is the UK, which is a guarantor power under the 1960 Treaty of Guarantee (one of three that established the Republic of Cyprus) and still maintains sovereign bases on the island.

Ambitiously entitled “The Greeks are Back”, the conference was also attended by a handful of top ministers.

'We use hard power when all other choices are exhausted and in order to drive things to dialogue and diplomacy. In the Eastern Mediterranean, we mobilised in order to demonstrate that our legal rights and our sovereignty are non-negotiable,' said Turkish Foreign Minister Mevlut Cavusoglu.

The development follows similar agreements between Greece-based universities with noted institutions in the EU, the United States and the United Kingdom.

In a lengthy statement, SYRIZA accused ND of skewing Pyatt’s statements with fake news to hide the fact that Prime Minister Kyriakos Mitsotakis is the first PM after the 1974 post-junta regime change that has signed an indefinite extension of the US  use of Greek military facilities.

The tourism receipts in August were formed at 75.8% of the levels of 2019- What do the data of the Bank of Greece show

The Franco-German axis is de facto strengthened as long as Italian PM Mario Draghi, who had described Weidmann as “Nein zu allem” (No on everything), remains in power.

What will happen in 2021, the new benefits and the pressures

A scale model of the 45-storey high-rise and real estate specifications was unveiled just three months ago.