Amidst an intense public discussion led by opposition parties about the government’s decision to gradually open restaurants, cafes, and then schools and tourism at a time when there is a very high number of deaths from the SARS-CoV-2 epidemic in Greece, Athens University Medical School Professor of Virology and Epidemiology Gkikas Magiorkinis, who is the spokesman for the Greek National Committee on COVID-19, explained the Committee’s recommendation in a full-length interview with private MEGA television.

“The core issue is that we see that that the public is in a state of fatigue and that we must gradually lift the lockdown in a controlled fashion. We finally have enough tools to allow us to do this, including self-tests,” Magiorkinis said.

As for the recommendation that movement between prefectures be banned during Holy Week and on Easter Sunday, which traditionally brings a mass exodus from Attica (with a population of over four million) of people returning to their ancestral towns and villages, Magiorkinis said that the Committee’s main criterion was the prospect of transmission of COVID-19 to the provinces, where public hospitals [the only ones that treat patients with the disease] are greatly over-burdened by a huge case load.

“We did not want to disproportionately burden the provinces so as not to further pressure the health system there. We wanted to begin the process of easing the pressure in urban centres and then move to the provinces so as to be able to control the situation,” he said.

Magiorkinis also addressed the problem of the mass gathering of hundreds of youths with the consumption of alcohol (and even a DJ in at least one case recently in public squares that entail a high risk of COVID-19 super-spreading events. The Greek press has dubbed these events “coronaparties” and has continually lambasted the young people in attendance.

“We were concerned with coronaparties primarily as regards people’s psychology. It was not to avoid coronaparties that we decided to open restaurants [and cafes and bars]. These people [who attend] are a minority whereas the opening of food establishments affects hundreds of thousands. The coronaparties worry us because they reflect the magnitude of the public’s fatigue, but I do not think it was a significant factor in the decision to open restaurants.”

The decision to open restaurants concerns only outdoors tables and seating and the top virologist clarified that indoors food and drink will not be permitted any time soon. “We must take advantage of the good weather to the maximum degree possible,” he said.

No further opening at this time

Magiorkinis stressed the step-by-step approach of the committee. “There have been proposals [in the Committee] that we recommend a further opening. It is not easy for us to take many decisions at once because we have to review the results of each measure first. We want to achieve a gradual loosening [of public health restrictions].”

“We have to discuss the issue of a ban on night-time movement and there is no proposal as yet. We will discuss the issue of pre-kindergarten and kindergarten day-care centres depending on how the pandemic develops. Primary schools and gymnasia [junior high schools] will open with [mandatory] self-tests and the cooperation of parents and students in this age group. The government, as far as I know, has procedures set up for the procurement of self-tests and I believe that there will be adequate supplies.”

Magiorkinis all touched on the decision – taken coincidentally after it became clear that there is a reluctance in a significant segment of the public to take the AstraZeneca jab due to its linkage, in a minute percentage of cases, with thrombosis [blood clots] – to launch vaccination of younger people with it.

“The [appointments] platform for the vaccination of those between the ages of 30-39 will open in the coming days so as to vaccinate the age bracket with the highest RT [how many people one infected person will infect]. That will help us open up so that in the next one or two months we can see the epidemic, which is now essentially driven by that age group, substantially recede.

“The benefit of vaccination in this age group is very high compared to any problem it might cause. Based on the existing data, the AstraZeneca vaccine has an extraordinarily safe profile. [Serious side-effects] are exceptionally rare and can appear also with other medicinal substances, and monitoring of the vaccine is extremely effective.”

Issues with vaccination of women, outlook for all people vaccinated

Magiorkinis also addressed health concerns that have arisen regarding the vaccination of certain categories of women.

“For pregnant women, based on existing data, vaccination does not appear to pose a problem. The data show that they can be vaccinated, but in any event they should consult their gynecologist. There are indications that it is safe. As regards the vaccination of children, clinical studies have not been completed.”

As for the timeframe of protection from COVID-19 offered by current vaccines and the potential need for a repeat vaccination, he underlined that one must await more detailed data but that current indications are that it may offer protection for up to one or two years.

“We do not know precisely what will be needed in the future for those vaccinated. We do not know the duration of immunity brought about by vaccination. In any event, we do not see that there will a need for a repeat jab soon – in less than one or two years. We do not know how likely it is that a new strain of the virus that evades the immunity offered by the vaccination will appear. It is difficult to evaluate when we shall achieve a wall of immunity, but I believe that by the end of summer we shall be in a good position. With 0.5 percent of the population being vaccinated daily, we estimate that in about 60-80 days we will have vaccinated a sufficient number of people to have a wall of immunity.”

Finally, Magiorkinis explained the agreement between the government and the Orthodox Church of Greece to hold the traditional midnight, Easter eve Resurrection service – which traditionally draws crowds of faithful who do not normally attend church in order to light their candles in the Holy Light ceremony – three hours earlier.

“There was a proposal by the Church, as I understand it, to avoid crowding late at night. The truth is that the movement of people at night is associated with parties. In general, we have said that we do not want to extend circulation after 11pm.” 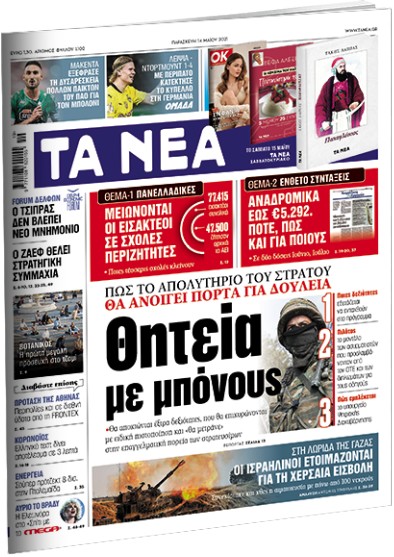