It is not the role of the opposition to constantly agree with the government. Yet, every time it battles against the essence of a necessary, long-delayed reform, nobody wins, not even the party that momentarily benefits.

There is no more misconstrued word than reform.

Politicians who promised it were confronted by dogmatic party audiences that refused to hear anything about change.

Whenever they attempted to surmount the backlash, they faced a hard opposition that was prepared to gain from the wear and tear of the government.

Only when these reformist politicians did not back down and disregarded the political cost were reform plans passed into law. Sometimes they found a minimum consensus with other parties that realised that despite the turbulence certain reforms are necessary.

After a decade-long economic crisis and a pandemic, the word reform does not sound the same. The European transformation of the country and the confluence of events created a new political reality.

An integral part of that new reality is a strong reform plan that concerns the productive middle class and a new generation.

The report issued by the Bank of Greece confirms that perception by explaining that the implementation of the EU Recovery and Resilience Plan for Greece will expedite recovery as it will contribute to a green and digital transformation in both the public and private sectors and will make the Greek economy more extroverted.

What is missing from the equation is achieving consensus on the self-evident – that the reforms be embraced by all parts of the political spectrum.

Obviously, it is not the role of the opposition to constantly agree with the changes brought by the government.

Yet, every time it battles against the essence of a necessary, long-delayed reform, nobody wins, not even the party that momentarily benefits from the protest. 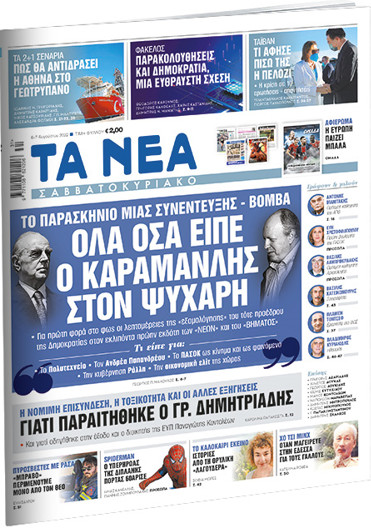