Beti Bozadziski spoke to One Channel about her brother's assassination in Thessaloniki - She clearly says her brother was assassinated by PAOK's fans strikes before the car «hit» him.

This assassination socked Greece. Bulgarian fan Tosko Bozadziski left his last breath in Thessaloniki, a victim of blind fanatic violence. And while the Authorities are still examining the circumstances under which the 28-year-old lost his life: his sister’s words are shocking. The interview given to One Channel by Beti Bozadziski is shocking, with the sister of the Bulgarian fan talking about the murder and seeking the punishment of the culprits.

Tosco Bozadziski was happy in Thessaloniki that Sunday afternoon. President of the fans of Bodef Plovdiv, a team from Plovdiv, whose followers had good relations with the president of Aris of Thessaloniki. He had traveled to see Aris’ derby with PAOK in «Kleanthis Vikelides». A match in which Michael Ening’s team prevailed with 4-2. But the joy wasn’t going to last long.

While he was sitting and drinking his coffee, near Thessaloniki’s Concert Hall, a PAOK hooligan group identified him by the badges he was wearing. These PAOK hooligans were at least 20, had masks and crowbars. They were attacking with intensity and what follows is frightening even reporting it.

Seriously injured, Tosko Bozadziski was desperately trying to escape the ambush. But he fell in front of a car that literally passed over him, cutting the thread of his life. A few hours later during PAOK – Aris basketball match in Pylea, his death became a slogan in the mouths of PAOK’s fans.

It was a disgusting – while dancing – confirmation of a murder. The worst and most tragic version of fan’s violence. In Plovdiv and Thessaloniki, there is much sadness and anger.

For the loss of the young fan. But also for the fear that the powerful law of silence will prevail again.

That there will be a cover-up of the case in a chain that pulls its links from organized fanatic violence and ends up with the owners of the teams and their relationships with the national entities. Of the twenty attackers, two are arrested.

One of the indictees is alleged to have a close family relationship with a police officer believed to be linked to Savvidis’ environment in Thessaloniki. The car passing over the unfortunate Tosco we learn is driven by a young woman who came to the police the next day.

Based on information, the car was rented (or bought) in the name of a known PAOK fan. By Grammatikopoulos, a friend of businessman Giannis Diamantidis, a PAOK΄s agent, also known by a case of a bomb attack on a shop of his family and a friend of PAOK’s Vice President Makis Gagatsis.

But the strange and tragic coincidences of this case do not stop there.

Dimitris Tsakos, lawyer of Ivan Savvides in the case where Ivan went with a gun in Toumpa, is also the lawyer of one of the defendants for the murder of Aris fan. 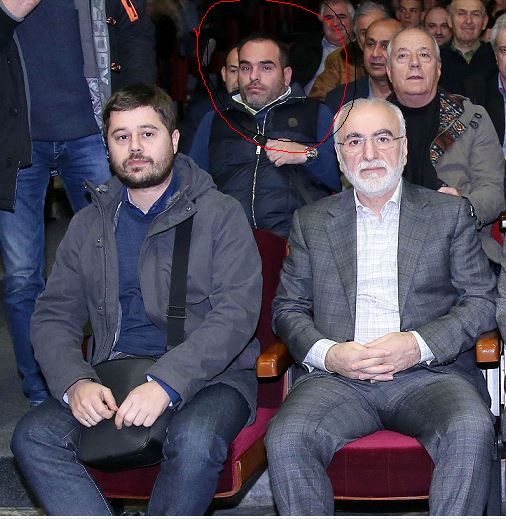 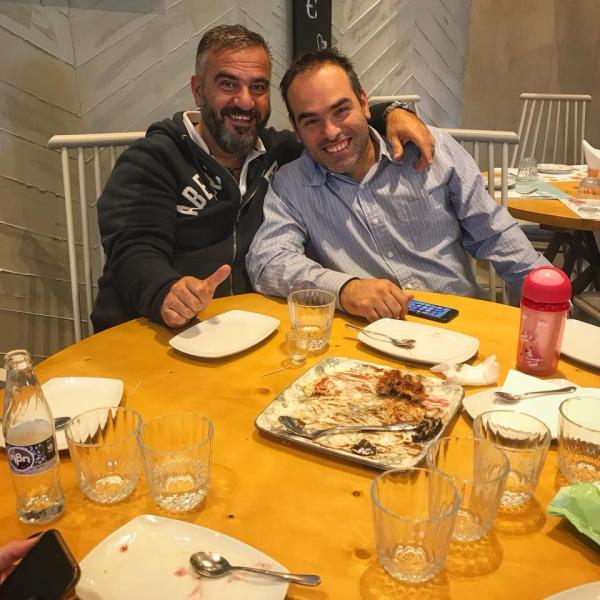 With brother Yiannis Diamantidis, Grammatikopoulos writes in the photo he posted on facebook

One TV, identified and talked to his sister Tosco. What Bethia says is shocking

«My brother spoke to my father shortly before the bad thing happened and told him they were finishing their coffee and would leave for Bulgaria. As they were going to their cars, about 20 or more people were found armed with masks, crowbars and metal pipes and attacked. At that time, perhaps in the midst of their panic, many people of the company ran in different directions. There were only a few left at that point, including my brother. It was a very savage beating, and when my brother tried to get up and go in a direction to escape, the car hit him.

– We understand that there is a great deal of reaction in Bulgaria to the whole case. You want to talk to us about them

The reactions are expressed in huge support. We have support from people from almost the whole country. I am grateful that, without this support and initiative, many things would not have happened. Botev’s team, other Bulgarian football teams and their fans have been overwhelmed. Botev and her followers staged a massive protest in Plovdiv that stopped traffic in almost the entire city. We have sent letters to many ministries, the Prime Minister and the institutions of Greece. I also talked about this on Aris’s radio. In addition, new protests are planned and the Metropolitan and Plovniv Mayor were attended in his funeral. There are very strong reactions. All the TV channels and all the websites talk about him. Everyone is unequivocal in our demand for justice for what happened.

– Do you feel that the Greek authorities are doing everything necessary to investigate the case and find the culprits?

I hope and believe that this is because Greece is a European country with a very old system of justice, it is the country where this science was born. I hope the incident will be thoroughly investigated and, as a family, we will get what we deserve.

– Do you think that the case is being attempted to be covered up?

I think no, and I hope this does not happen. I don’t think it would be so easy. After all, this is an international affair that has attracted much media attention. So I don’t think there would be any attempt to do that. I hope it doesn’t, it would be too heavy for us.

– Have anyone approached you by PAOK?

No, there has been no communication. Absolutely none. We have not even received condolences as a family. I don’t even know how to comment on this fact. We had no contact with them. »

The questions about this tragic case of fan violence are heavy. Relentless.

Have the exact circumstances of the unfortunate fan’s death, and most notably the intensity of beatings by PAOK’s hooligans, been ascertained?

Why were only two arrests made by the big fanbase?

Is there any research to find the rest?

Is there any investigation into how this car was found there?

Is there an investigation on who was the co-driver next to the alleged driver, according to witnesses?

Who is the owner of the car and what is his relationship with the hard core of PAOK’s administration?

Why was it initially attempted not to link the case to PAOK, while it was clear that it was an attack by its fanatics?

What factors fuel the fans’ culture of violence to such an extent that we reach slogans that offend the memory of a dead person?

In a team that once its owner went with a gun in the middle of the field?

Fanatic violence, in all its variants, is an open wound in Greek football.

That is why a lot of light must be shed in this case. 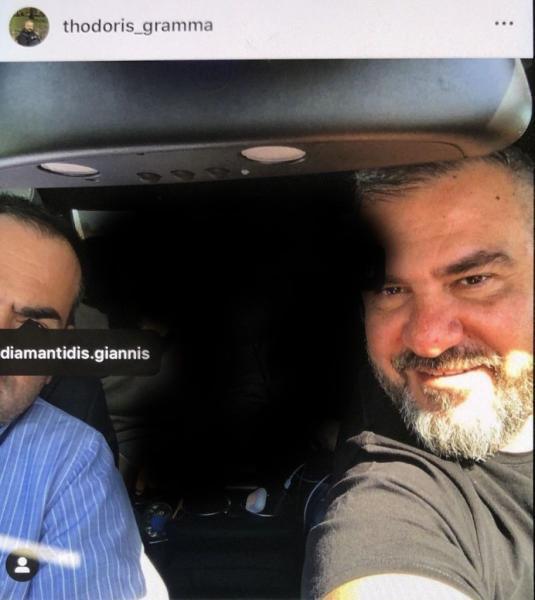 Draft bill includes provision for observatory to analyze ‘hybrid threats’, use of drones

The draft legislation includes the prospect of courier services using drones for delivery of letters and parcels, something that the state-run Hellenic Post has already petitioned for

On Friday afternoon, the Greek foreign ministry announced that it had briefed the EU, the IMO and allies over the development, while issuing a recommendation that Greek citizens avoid trips to Iran

Bill Gates in Athens; Microsoft investment in Greece at 1 bln€ over next decade

The PM and his advisors must rev up their engines and make haste to accomplish what they did not have time to do due to the crises over the last years.

The distribution of a dividend of 0.29 euros per share, was announced by Intercontinental International REIC

The strong man of Microsoft in Athens

Mitsotakis for Turkey: Those who threaten us, are marginalized and exposed

With three new videos, the Municipality of Paros presents the special character of the Cycladic island

Purple jellyfish: Surge in the Ionian – Where they have been found

The purple jellyfish (Pelagia noctiluca) is considered one of the most dangerous jellyfish species in the Mediterranean.