Suddenly an unexpected sense of political civilisation appears to be prevailing, at least in Parliament.

After the polarised political climate of the political campaign, with its divisive cries, one saw a climate of fundamental consensus in the election of Parliament Speaker Konstantinos Tasoulas.

It is not the first time that the opposition has backed the nominee of the ruling majority, but the election of Mr. Tasoulas was almost unanimous, with only KKE Greek Communist Party MPs declaring themselves “present”.

Without self-deception one could say that there is a glimmer of hope that we shall not repeat the passions and extremities of the past.

The time has come for the entire political system to realise that it cannot keep undermining the foundations upon which democracy rests.

As the incoming Parliament Speaker declared, “Parliament and representational democracy have not emerged unscathed from the crisis. On the contrary, they suffered great harm from the alienation of the people and from the tight embrace of the executive branch of government.”

Many were responsible for the fact that the credibility of the political system all these years suffered a strong blow from which it has yet to recover. The lack of trust remains, and it is their responsibility to restore it.

It is high time for a different spirit to prevail in political disputes and skirmishes in Parliament. It must be based on arguments and substantial dialogue and not on shrieks, spiteful attacks, and efforts to morally and politically annihilate the opponent.

The time has also come for MPs to defend their role and persuade citizens that their aim is to serve the common good and not their personal interests.

Absolute transparency is required at all levels. Rumours and calumny about economic privileges and appointing friends and relatives must stop.

It is irrational to demand that other civil servants and citizens have to submit a financial means statement and at the same time to keep the equivalent statements submitted by MPs secret.

The public is fatigued and disappointed by the consequences of the crisis and must regain trust in politics and politicians.

It is the responsibility of the new Parliament to do whatever is necessary to convince citizens that it is truly the sanctuary of democracy. 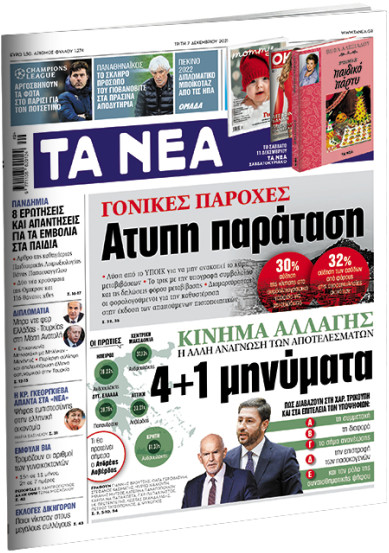