George Tsounis will be heard on Wednesday, January 12, to ratify his appointment as US Ambassador to Greece.

The Senate Foreign Relations Committee will meet under the chairmanship of Senator Robert Menendez and will be called upon to decide on the fate of Mr. Tsounis’s candidacy.

The committee meeting will be held with limited physical presence, as defined by the measures adopted by the Senate for the pandemic.

Who is George Tsounis? 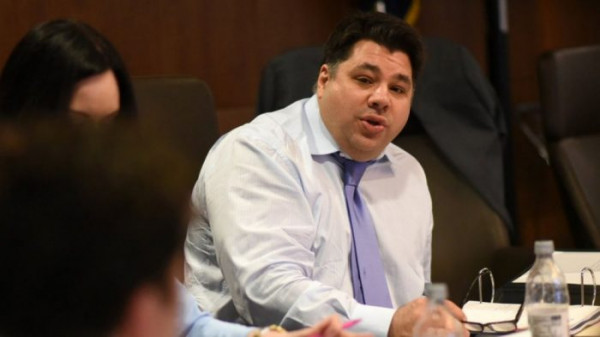 Greek-American businessman George Tsounis has extensive experience in the tourism industry, as he is the founder and CEO of the Chartwell Hotels group. This company has a strong presence in all northeastern states and collaborates with important names in the field, such as “Hilton”, “Marriott” and “Intercontinental”.

He is considered a native of the Big Apple, the city in which he grew up and studied, starting at New York University and then obtaining a law degree from St. John’s University. Immediately after his studies, he worked in the largest law firm in Long Island, while to this day he continues to live in this area with his wife Olga and their three children.

According to the Associated Press, the White House is considering the candidacy of George Tsounis following a proposal by US Senator Robert Menendez. Menendez, as chairman of the Senate Foreign Relations Committee, has a significant influence in the ambassadors’ confirmation hearings.

Mr. Tsounis is on the list of sponsors of the Democratic Party.

A second-generation immigrant with parents from mountainous Nafpaktia, George Tsounis grew up in the Greek community of New York.

He attended the Greek school, participated in the Greek parade that takes place every year on March 25 on 5th Avenue in Manhattan and was an active member of the community of Agia Paraskevi. He maintained this close relationship with the Church and the Greek-American community throughout his career, as he is a member of the Archdiocesan Council of the Greek Orthodox Archdiocese of America, the Faith and Leadership 100, the Hellenic American Leadership Council (HALC) and the Hellenic Protocol (THI).

In fact, the former Archbishop Demetrios had awarded Mr. Tsounis with the Medal of St. Paul, the highest recognition awarded by the Greek Orthodox Church of America. In addition, Mr. Tsounis has received the “Justice for Cyprus” award of the Federation of Cypriot American Organizations, awarded to him by the former President of Cyprus, Dimitris Christofias, as well as the Athens-Wishner Prize jointly awarded by the American Jewish Committee (AJC) and the Hellenic American Leadership Council (HALC).

The political connections maintained by the 53-year-old Greek-American in Washington are considered important. This is, after all, a political appointment, given that George Tsounis is not a career diplomat.

In this light, it is worth noting the long-term relationship he maintains with President Biden, as in the 2012 election campaign he had served as president of the “Greek-Americans for Obama-Biden.”

In addition, he is well acquainted with Secretary of State Anthony Blinken, and enjoys the full support of Senator Robert Menendez, with whom he has developed a close friendship.

Despite being one of the main sponsors of the Democratic Party, the expatriate businessman keeps open the channels of communication in the Capitol with MPs and senators from both major parties.

Έρχεται νέα ισχυρή κακοκαιρία μετά την «Ελπίδα» - Χιόνια και στην Αττική, πότε θα «χτυπήσει»
Σχετικά άρθρα: ➤ Coronavirus – The symptoms that indicate that you may be ill and may not realize it ➤ Which sectors play a leading role in the EU and Greece ➤ The 10 goals of the Ministry of Labor and Social Affairs for the new year