The warnings of the Union Of Hellenic Chambers Of Commerce

The large increases in energy prices in recent months are creating very serious problems for companies, the operating costs of which have skyrocketed and their support is imperative, the Union Of Hellenic Chambers Of Commerce said in a post.

According to data received recently by the Chambers all over the country, many companies, which operate with medium voltage or professional accounts with capacity up to 25 kVA (Γ21) and from 25 kVA up to 250 kVA (Γ22), risk with work stoppage or power cut, due to their inability to pay the dues.

Indicative of the huge increases in electricity prices are the following data on the electricity bills of a company operating in Drama.

Alexis Tsipras avoided referring to the real reason for a move that is viewed as sensationalist even by his loyal comrades, as the government is not in danger of renegade New Democracy MPs voting it down. 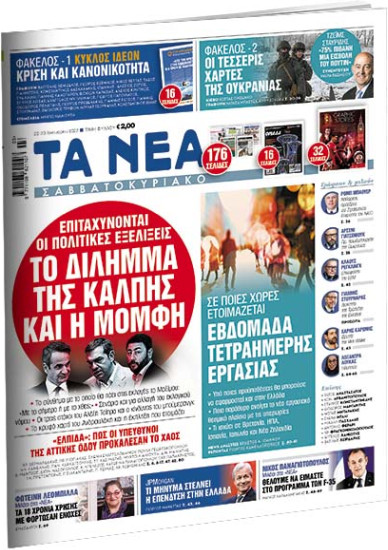