Shocking revelations with specific references to persons, in front of FIFA, UEFA and Avgenakis. How are associations being bough, the buses full of goons, betting and the “tools”

The first meeting of the infamous Steering Committee, under the vice-Minister for Sports, Lefteris Avgenakis and in the presence of representatives by FIFA and UEFA could be just another routine meeting, one of those meetings without any tangible results. However, the presence of Alexis Kougias, representing AEL FC, sent seismic tremors in the room. The owner of the Larissa FC made shocking revelations, revealing the activity of “criminal organizations” as he mentioned that are buying votes in the Associations and are controlling refereeing.

Although Alexis Kougias spoke in front of all the members of the Steering Committee, he addressed only UEFA’s director of member-federations, Zoran Lakovic and the vice-Minister for Sports Lefteris Avgenakis, presenting them with the names that he thinks are responsible for these unlawful acts. In particular he talked (in front of PAOK’s representative)about the activities of Pourliotopoulos and Tevekelis in the functions of the Associations, but also Giannis Papadopoulos and some others, named Daniel and Dasios. He stressed that whoever controls EPO does not simply control refereeing but the entire championship. He spoke about the  “blackmail” of Clubs through refereeing, but also for some rather… mysterious prosecutions from the part of the Sports Prosecutors. In particular he mentioned the substitute Prosecutor for Sports Mr. Lainis as the person that played an important role in these prosecutions.

“You talk and you talk but in this room is present the president of the Greek Football Federation (EPO) Vangelis Grammenos who has been elected by presidents that have been elected through illegal procedures. Because whenever there is a local Football Association election, a bus begins a journey from Athens with a certain Giannis Papadopoulos in charge. He is accompanied by Daniel, the president of the Achaia Association of Football Clubs, and a certain Dasios, the treasurer of this particular Association. They are accompanied by criminal “muscle”.

On the other side, another bus starts a journey from Thessaloniki. In charge is a former goalie, named Pourliotopoulos, accompanied by a former referee named Tevekelis and another group of goons.

Both groups are carrying bags with lots of money. 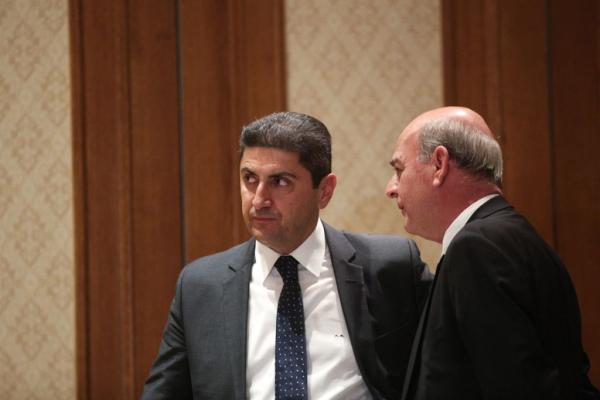 One group settles in one hotel, the other in another hotel, in the same city. And they start the effort to buy votes.

The president they elect is an immoral person, elected, as he is, by an illegal procedure.

The last example is the Association of Football Clubs of Phthiotis, where the president is a university professor. There, as you can see in a series of videos and photos that have been made public, G. Papadopoulos with his entourage, acting like criminals, intervened in the electoral process. Similar practices have been witnessed in other local Associations and there are press reports on them.

This is a procedure that Grammenos knows. This is how he became the president.

The reason that all these take place is the selection of the referees that come from the local Association and who act as referees from the amateur championships and the Football League to the Super League1 and are being controlled by the person that controls EPO, namely Grammenos.

Pereira, Tritsonis, and Koukoulakis are part of this procedure, since they know how to control the referees.

The reason that Papadopoulos’s gang and the Thessaloniki gang wish to control the Associations and EPA is that subsequently they an approach any leading figure, nowadays this is Savvidis, and “sell” to him that fact that they control refereeing.

In fact they control the championship.

They come out of nowhere, from local championships, without fans, without field, without training centre, with only 10-15 tickets per match. They are being created only for betting. And they are connected to international organizations.

A small Club from Larissa, Apollo Larissas, has as a ‘frontman’ a president that owns nothing.  But it is controlled by the Albanians that own Skenderbeu FC.

According to EPO, this Club has never fixed a match. In EPO they have not read any of the SportsRadar reports that are being paid by us, the Clubs.

According to SportsRadar it is impressing that there is a Club that has fixed 18 of the 30 matches it has played.

Those that want to control the referees, they do it for illegal betting.

And even though their activity had been revealed by means of wiretaps and the only special protected witness was me, they hired the Prosecutor, who two days before the beginning of the Koriopolis trial, where there were persons accused of manslaughter and blackmail, lifted my protected witness status and left exposed in this trial. This Prosecutor is Lainis. And he comes from a village called Colopetinitsa. And as far as I know he did not graduate from a Greek University.

According to my knowledge he is has the executive control. Whenever someone reveals the illegal activity of football executives and Clubs in relation to betting, or reveals the illegal betting circuit, and the role of referees and football executive, he always calls this statement an attempt to smear Sports, instead  of EPO taking this statement and sending to the Prosecutor as part of a complaint or to send it to the rules committee or the justice system.

Grammenos know all these. I told them, on year ago to Pereira and Hübel [When Kougias told this Hübel and Luca Nicola had already left to catch their flights – Ed.).

For the past year they have disappeared. Perhaps life in Greece is sweet. The sure thing is that nothing has happened. Referees that have made mistakes of criminal dimensions and have turned VAR into an instrument of this criminal organization are not being punished but instead rewarded.

For the fixed matches the responsibility is entirely with EPO.”

Alexis Kougias also made concrete proposals to Lakovic and Avgenakis, in regards to the conditions and terms that have to be set for the presidents of the Associations.

I will give you an example about what is happening now with the presidents of the Association. Grammenos’s vice-president is a certain Vakalis, president of the local Association of Football Clubs of Samos. He works at paint shop and has a salary of 700 euros. His work is to carry paints and other merchandise and he only completed grammar school. And he is the vice-president of EPO. He got elected by receiving 6 votes. The Association of Football Clubs of Samos has 12 Clubs, 11 voted and he was elected. Now this grammar school graduate is managing my money, and the federation’s money and the Clubs’ money.

Consequently, I propose that in order for someone to be a candidate for the presidency of an Association he must have a university degree and experience of running a Club for at least 10 years, Also his tax statement must be examined and he has to be cultivated and have a status of dignity in society.” 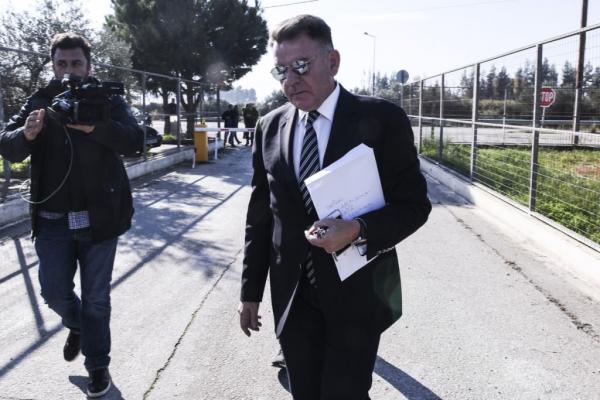 “EPO has no regulations or terms under which a Club can become professional. It is easy an executive of the Criminal Organisation to go to any city in Greece and with fast-track procedures  go to a higher division. Without field (Calloni), without training centre (Platanias), without fans, we have Clubs that compete in Football League and up to Super League2 with 10-15 fans. With one difference: that even those 15 fans are sitting with a laptop computer and are betting. This is reported by SportsRadar and they do nothing.

And the prosecutors are part of the set-up. Anyone who makes revelations is branded a person that smears the Sport.

Has anyone told you about all these? Have you been told about the quality of the presidents of the Associations? Has Mr. Dedes informed you about what is happening? Has Mr. Hübel informed you? Can Mr. Pereira tell us why he has kept all those referees in the lists? The same Mr. Pereira that asked me and I told him who are the referees that can be influenced.

In my team, this week, they sent as assistant referee a certain Aptosoglou, a person under the scrutiny of the Greek Justice System, because along with a referee named Lambrou, they altered the result of the Xanthi-Larissa match about one year ago. Xanthi is under scrutiny for being a Club under the influence of PAOK through Intermediate persons. And while these referees are under judicial scrutiny for altering the result of game, in the purpose of betting, they are still part of the lists. Lambrou in Superleague 2 and Aptosoglou in Super League. 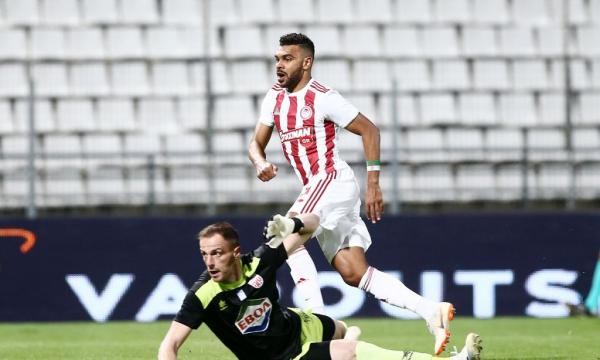 Take for example what happened in the Volos – Olympiacos match. With VAR in operation it is obvious that Fotias and Evangelou committed refereeing crimes. Yet, one week later they were again refereeing. This sends the message to us that we should succumb to the blackmail, because otherwise darkness awaits us”.

During Alexis Kugias’s speech Zoran Lakovic was frantically taking notes, especially the name mentioned by the owner of AEL FC. Moreover, in response to what he had heard, he mentioned inter alia: “From what you have told us, some we have already known, some we learned today. The problem is that we made a mistake. We approached Greek Football in a more lax. The provisional Executive Committee has executive power and could make changes. The Monitoring Committee has only an advisory role. From what we have proposed we can assure you the implementation rate is from 0 to 10%, Therefore, the main problem is that you do not want to implement what we say here”.

Before Mr. Kougias left the room, Lakovic and Marios Georgiou gave him their cards and they asked him to go to Nyon and to present what he stated in front of the Steering Committee to the headquarters of UEFA, in regards to the mob practices prevailing in Greek Football.

Finally, it is important to note that the meeting of the Steering Committee was a proper meeting, and everything that was said was duly recorded in the meeting’s minutes. Therefore, what Mr. Kougias stated is available to any authority or person interested in his statement. 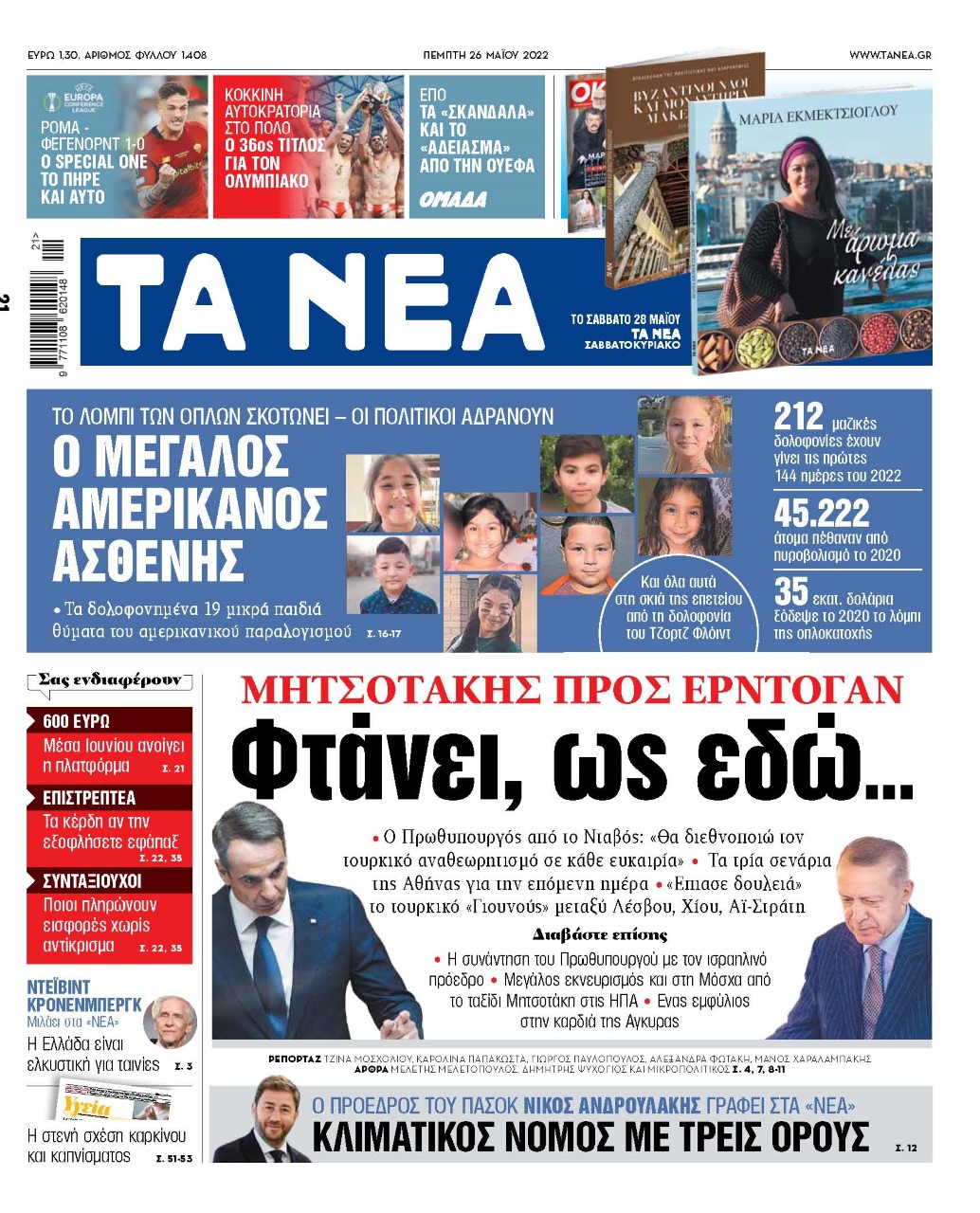