As regards a spate of lawsuits - filed against teachers and healthcare workers by deniers of the vaccine or of COVID-19 self-tests, and even masks - Interior Minister Makis Voridis described the legal action as “groundless and meaningless”

Interior Minister Makis Voridis announced today the government will impose a 300 euro weekly fine, which will be withheld from their salary, on unvaccinated civil servants who refuse to take the legally mandated COVID-19 tests.

Voridis noted that cumulative fine over a one-month period is tantamount to a full withholding of their entire monthly salary for the vast majority of civil servants. He said implementation of the measure begins this week.

Meanwhile, as regards a spate of lawsuits – filed against teachers and healthcare workers by deniers of the vaccine or of COVID-19 self-tests, and even masks – Voridis described the legal action as “groundless and meaningless” as there is “a model lawsuit [that is being distributed by and to vaccine and testing deniers] which includes charges of high treason, torture, and criminal organisations”.

He said there is a scare campaign being conducted by the plaintiffs and deniers of the existence of COVID-19 and of testing.

Voridis said that those who have been served with these frivolous lawsuits should immediately file a counter-suit against the person suing them so that when warranted the person that sued them can be arrested on the spot, based on the false accusations and slander in the original lawsuit.

The government had previously announced that the state will pay the legal costs of teachers who have been sued.

“One must offer a general direction – I think the Supreme Court Prosecutor has already taken action – that will allow cases of these lawsuits to be immediately dismissed without any examination as patently groundless and false. However, a counter-lawsuit, claiming that one was sued on false grounds and slandered, filed by those who have been sued by deniers, must be reviewed and the defendant must go to court and judged for their acts so that we can finish up with this issue.

Indeed, this morning, Supreme Court Prosecutor Vasilis Pliotas issued an encyclical to prosecutors nationwide, asking that they not initiate the regular procedure regarding automatic arrest and prosecution of those caught in the process of engaging in a criminal act, when teachers, doctors, or other citizens are sued by vaccine deniers.

The encyclical also said that policemen should not take action when presented with such lawsuits (at schools etc.) before informing the competent prosecutor.

The prosecutor must examine the case and not automatically press charges or other judicial procedures on the ground that such lawsuits are frivolous. 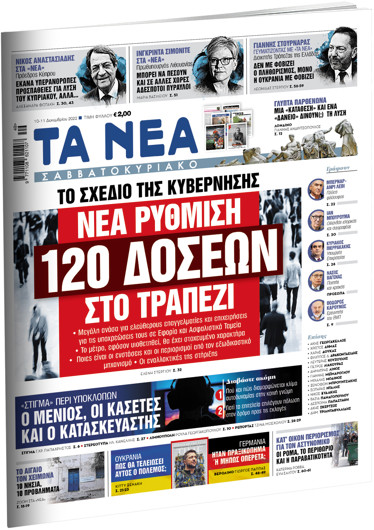