The establishment of the «Miltiadis Marinakis» Chair for Modern Greek Language and Culture at Ohio State University was announced - with Evangelos Marinakis as lead donor, an impressive fundraising organized by the Greek Diaspora society “Ohio Hellenic Paideia” managed to save the Department of Modern Greek Studies

The study of Modern Greek Culture in the US and in particular the establishment and functioning of Modern Greek research centers and Chairs in American Universities have always been supported by important donors.

In the past they have been academic centers of excellence and have drawn the attention of political and academic circles.

However, nowadays departments of Modern Greek Studies around the world are in decline, following the general crisis of the Humanities in contemporary academia.

There are less than 200 acting programs today in universities and institutes outside of Greece, with a total of 9 Chairs of Modern Greek Studies in the USA.

This sounds like an historical irony if we take into consideration the fact that the onset of the 4th Industrial Revolution, the turn towards automated manufacturing and the impending loss of a great number of jobs would have restored the need for studies that cultivate empathy, critical thinking, namely the study of exactly those features that synthesize the human psyche.

That is what ultimately separates us from robotic systems. And this is what also constituted the «quintessence» of the studies of Modern Greek Culture and Literature.

Also famous are the C. P. Cavafy Professorship in Modern Greek at the University of Michigan, and the Nikos Kazantzakis Chair at the Center of Greek Studies at San Fransisco State University.

Even at a time of financial distress for the top academic institutions around the world, with their administrations closing programs and reducing staff, especially in disciplines that do not seem ‘popular’, there can still be good news.

In Columbus, Ohio, the professors of Modern Greek Studies and all those who strive for the dissemination and teaching of the Greek culture around the world, had every reason to celebrate, despite the agony and stress created by the pandemic of the new coronavirus in a global level. 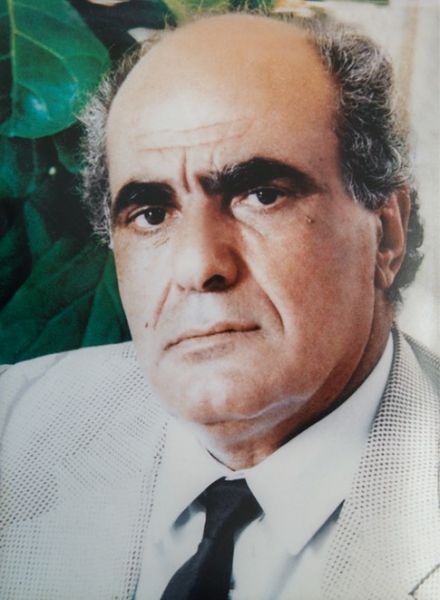 This has been accomplished because in a time of crisis for the Departments of Greek Studies, rescuing the study Greek language has become a top priority for a group of $ 1 million donors to The Ohio State University, to ensure the permanent operation of its Department of Modern Greek Studies.

Mr. Evangelos Marinakis was the lead donor in the impressive fundraising mobilization of the Greek Diaspora, organized and initiated by the «Ohio Hellenic Paideia».

This fund-raising led to the rescue of the Department of Modern Greek Studies, thus supporting world-renowned scholars of our mother tongue and culture.

The «Miltiadis Marinakis» Chair of Modern Greek Studies at OSU will be named in honor of the father of the Greek shipowner and businessman, Evangelos Marinakis.

At the beginning of June, the Board of Directors of the University of Ohio officially announced the establishment of the Miltiadis Marinakis Chair in Modern Greek Language and Culture after the completion of all formal procedures.

At Ohio State University (OSU), which has been operating continuously since 1870, Greek Culture will continue to be studied. The contribution of maintaining the Chair of Greek Studies at OSU will have an important impact on Modern Greek Studies.

The Chairs of Modern Greek Studies at US Universities

In the United States, with the exception of the Ohio Chair which will continue to operate under the auspices of Mr. Marinakis, the Chairs of Modern Greek Studies has survived over the years mainly with the help of large donors, although some of them, as in the case of Harvard and the George Seferis Chair, are now funded by the Institution.

The teaching of Modern Greek language and literature at Harvard dates back to 1828, when Colonel Alexander Negris, a veteran of the Greek War of Independence, became the first Instructor of Modern Greek, for those interested in studying Modern Greek along with their regular program. He also published a Grammar of the Modern Greek Language at that time.

Colonel Negris’ successor, Evangelinos Apostolides Sophocles was instrumental not only in the continued teaching of Modern Greek at Harvard, but also in the development of the entire Program of Modern Greek Studies and its extensive and unique collections of rare books and manuscripts. With the vigorous support of the ardent philhellene Cornelius Conway, Eliot Professor of Greek from 1834 and President of the College from 1860, Evangelinos Apostolides Sophocles received the first official appointment in Modern Greek Studies at Harvard.

With the establishment of the George Seferis Chair of Modern Greek Studies in 1977, the teaching of, and academic research on Modern Greek Literature and Culture at Harvard experienced an unprecedented flourishing. Named after the famous 1963 Nobel-laureate Greek poet and funded by Greek monies, the Chair became the first at any American University to be dedicated to Modern Greek Studies.

In 2000, Panagiotis Roilos, who is now the George Seferis Professor of Modern Greek Studies and of Comparative Literature, became the head of the Program of Modern Greek Studies. In 2013, Professor Michael Herzfeld, Ernest E. Monrad Professor of the Social Sciences and Curator of European Ethnology in the Peabody Museum at Harvard University, began serving as Interim Director of the Program.

The C. P. Cavafy Professorship in Modern Greek at the University of Michigan is a fully-endowed chair housed in the Departments of Classical Studies and Comparative Literature. It is named after Constantine P. Cavafy (1863-1933), the best-known modern poet writing in Greek. The Foundation of Modern Greek Studies endowed the Professorship through tireless generous contributions of members of the Greek diasporic community in the United States.

Following a gift agreement signed in 1999, the Foundation donated $750,000 in three annual  installments to the Modern Greek Studies Endowed Professorship Fund in the College of Literature, Science, and the Arts. This gift supplemented the considerable resources that Michigan had already put in place toward such a position. The Foundation completed its mission through grass-roots efforts reaching hundreds of donors.  The endowed chair was officially inaugurated in Fall 2001 and given the name of the poet C. P. Cavafy.

The Chair was founded in 1981 by Thanassis Maskaleris, poet, translator and professor of Modern Greek at San Francisco State University.

He himself raised the money and founded it in the name of the great Greek writer. The Chair still operates today, without, however, a permanent professor responsible for its running.

In the US there also the Kimon A. Doukas Chair of Modern Greek Studies in Columbia, the Chair of Greek Studies at the University of Missouri St, Louis, supported by a donation by the Karakas Family Foundation, the Center of Hellenic studies and the Peter V. Tsantes Endowed Professorship in Hellenic Studies at Stony Brook University in the area also supported by the Greek diasporic community, the Center of Hellenic Studies at UC – San Diego endowed thanks to generous contributions, including from the Hellenic Cultural Society and the local Greek community, and the UCLA Stavros Niarchos Foundation Center for the Study of Hellenic Culture was established by a lead gift of $5 million from the Stavros Niarchos Foundation and matching funds provided by generous members of the Hellenic and Philhellenic community of Southern California.

Credits to the  author : Marnie Papamatthaiou