According to Lloyd's List, the Group’s tankers account for 16% of the ships that have visited Venezuela in the past 12 months with a total capacity of 4.7 million tones and an export capacity exceeding 31 million barrels of crude oil

The Angelicoussis Group currently ranks first globally in terms of tonnage among Greek shipowners, according to the Top 100 list of “Lloyd’s List.” In the past the Group was known to hold long-term time charters with major US companies such as ExxonMobil and Chevron.

However, during the past year the Angelicoussis Group ‘Maran Tankers’ has had another unexpected first. According to the always reliable shipping news website “Lloyd’s List,” the Angelicoussis group has also been the industry leader in regards to oil exports from Venezuela, despite tightening US sanctions on the Venezuelan oil industry. According to Lloyd’s List, the Group’s tankers account for 16% of the ships that have visited Venezuela in the past 12 months with a total capacity of 4.7 million tones and an export capacity exceeding 31 million barrels of crude oil.

Thanks to tankers’ monitoring data collected by independent databases that help stakeholders in the shipping industry to assess the risk of sanctions associated with each ship and management company, it has been found that up to 12 of the 30 VLCC tankers that belong to the Angelicoussis Group loaded cargo from Venezuela during last year, with their destinations being mainly China, India and Malaysia. Some of these ships made frequent stops at Jose Terminal, Venezuela’s main export terminal. Moreover, some of the smaller, Suezmax tankers belonging to Maran Tankers, a company affiliated to the Angelicoussis family, made regular trips to the country that is facing severe US sanctions.

Angelicoussis Group Tankers that exported oil out of Venezuela

At the same time, one of the best known independent companies focusing on satellite data, artificial intelligence and ship behavior analysis, has also located the Maran Tankers fleet around Iran, where its ships’ satellite transponders have been switched off for several hours. Disabling location devices (which should be enabled at all times according to maritime law) is one of the many tactics used by fleets catering to countries under sanctions such as Iran, North Korea and Venezuela. Thus, many of the ships belonging to Angelicoussis Group have been identified by such analysis as “High Risk” in regards to possible dealings with countries under sanctions.

The head of Maran’s chartering department is Loucas Tsangarides, who joined the company in 2017 after leaving the Onassis Group under rather dubious circumstances In fact, Loucas Tsangarides is rumored to be under investigation for the second time, after he was targeted by Brazilian prosecutors in the context of the Petrobras “Car Wash” corruption scandal, which dealt a major blow the state-owned company. Loucas Tsangarides was linked to the payment of the honeymoon trip of the daughter of a Petrobras executive in exchange for preferential treatment.

It is well known that during the past two years the US government has been imposing increasingly stringent sanctions on the Venezuelan oil industry in order to “stifle” Nicolas Maduro’s regime. In fact, just a few months ago, the US authorities turned their attention to ships of various nationalities (including Greek) that violated the US embargo on Venezuela. It is therefore quite possible that due to the quantities of crude oil transported by the tanker fleet of the Angelicoussis Group, the American authorities, creditor banks, insurers and ship registries, including those in Greece, will closely examine this particular case of assistance by the Angelicoussis Group to Venezuela, a country notoriously ruled by the Maduro regime. The same goes for the role executives like Mr. Tsangarides have played and the suspicious reports about Latin America that are currently under scrutiny. One might also expect the same close scrutiny from the part of the US Department of the Treasury and its Office of Foreign Assets Control, which is responsible for Sanctions Programs and is known to be particularly sensitive to any issues related to Venezuela. 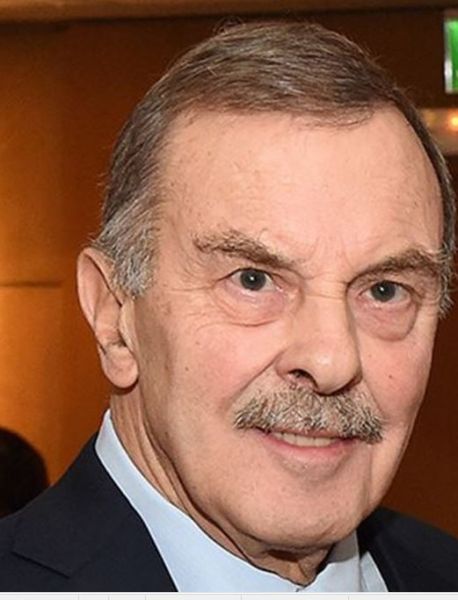 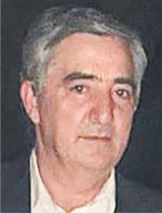 Since 2019 Treasury has designated PdVSA (Venezuela’s State Oil Corporation) as the target of U.S. sanctions. As a result, all property and interests in property of PdVSA subject to U.S. jurisdiction are blocked, and U.S. persons (companies or individuals) generally are prohibited from engaging in transactions with the company. According to Reuters, sanctions have already deprived PdVSA of most of its long-term oil customers, reducing oil exports to below 400,000 barrels per day (bpd), their lowest level in almost 80 years. A handful of European and Asian customers have continued taking Venezuelan oil under specific authorisations granted since last year by the US Treasury for transactions that do not involve cash payments to Maduro’s administration, but rather exchanges of Venezuela oil for diesel.

However, the US government has made clear its intention to make the sanctions even more stringent and sanction non-Venezuelan persons and companies who deal with PdVSA and Venezuela. This means that companies that continue to provide vessels for Venezuela oil exports are under scrutiny from the US Authorities and run a real risk of also being sanctioned.

In any case, this unexpected top spot for Angelicoussis’ Maran Tankers (according to the reliable shipping news website “Lloyd’s List”) in relation to the Venezuelan oil export sector has been a topic of discussion in the international shipping, maritime and banking circles, who carefully avoid any association with the Maduro regime, let alone seeing their clients at the top of the list when it comes to oil exports out of Venezuela.

Electric cars: Impressive rise of Greece in the readiness index

Price increases: Consumers on the millstones of inflation – The grain rally “burns” the bread

The relevant plan envisages the immediate mission of LoR, in order to “get on the rails” the negotiation for the response of the American government that lasts for about 18-24 months.

'We have much to discuss today on our ongoing support for Ukraine, our deepening defense and trade partnerships, energy security, climate change, and so much more,' the US president said.

The geopolitical and economic upgrading of Athens as a partner of the US should be highlighted, and all issues regarding Turkish provocations should be raised

The most vulnerable social groups are being battered by price hikes and a looming recession, and inflation is sapping the income of citizens in lower income brackets.