Our politicfal parties can and should co-exist by working to defuse hostility and to build consensus whenever and wherever possible in the name of the common good.

We are living in trying times in a country that before it had a chance to recover from the bailout memorandums era was, along with the rest of the planet, suddenly plunged in the deep crisis wrought by the battle against a hitherto unknown enemy, the SARS-CoV-2 pandemic.

The only thing that seems not to have changed particularly over the last months is the domestic political scene.

Political parties appear unable to abandon their customary reflexes and seem to be at a loss in the face of a global problem that may in the final analysis transcend them.

It is not too much to ask them to adapt to the new realities.

No one is asking for politics to abandon its traditional symbols and clashes. Competition is an inextricable part of the democratic political process.

Yet parties can and should co-exist by working to defuse hostility and to build consensus whenever and wherever possible in the name of the common good.

This demand does not pertain only to the opposition because in that case we would be talking about the elimination of necessary pluralism.

It also applies to the government which must remember that in order for political predominance to last it must be built on social cohesion.

That cohesion is not something that can be imposed. It requires that a government keep its eyes and ears focused on society and display a spirit of consensus and cooperation with other political parties. 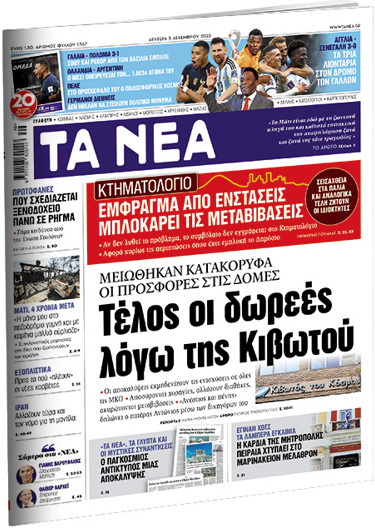