Johnsen was also an official invitee of Gulf Oil Marine, one of the top companies in marine lubricants internationally

The grand celebration of shipping included a sparkling, star-studded party hosted by shipowner Vangelis Marinakis and attended by distinguished figures from the international shipping world, as well as by important representatives of the world of football.

Beyond the members of Olympiacos FC, Christian Karembeu, Francois Montesto, and Ariel Imbagasa, the party was attended by Ronny Johnsen.

The former international Norwegian defencive player for Manchester United and winner of the historic Treble (Premier League, Cup, and Champions League) of 1999, along with his manager Jamie Lewis, and had a wonderful time listening to the songs of famed Greek singer Antonis Remos and to the magical tones of the violin of the superb Vanessa Mae.

Johnsen was also an official invitee of Gulf Oil Marine, one of the top companies in marine lubricants internationally. Indeed, he spoke at the company’s booth at Posidonia 2018, analysing the secrets of the success of a team and explaining how the collegial spirit leads to success, whether in football or working groups.

Johnsen has for years been the official  Ambassador  of Manchester United globally, and for that reason he was chosen to represent the Red Devils at Posidonia and share with the world of shipping his invaluable experiences in championship athletics , exploring the importance of collective action in all team efforts.

We should note that Gulf Oil Marine is one of the basic sponsors of Manchester United, with a multifarious collaboration, with the presence in Greece of European  Champion Johnsen contributing  to the exchange of knowhow , as regards the operation of a top athletic operation such as United and a top shipping company such as Gulf Oil Marine.

After his trip to Greece as an invitee of Gulf Oil Marine, Johnsen described his experience on his personal Instagram account, noting that, “Great day with Gulf Oil Marine at yesterday’s Posidonia in Athens.  Thank you for taking care of us and we shall speak again soon.”

An important role in arranging Ronny Johnsen’s presence in Greece was played by Gulf Oil Marine Hellas CEO Yorgos Papathanasiou, who is featured in the photos below, along with the Norwegian former star of Manchester United. 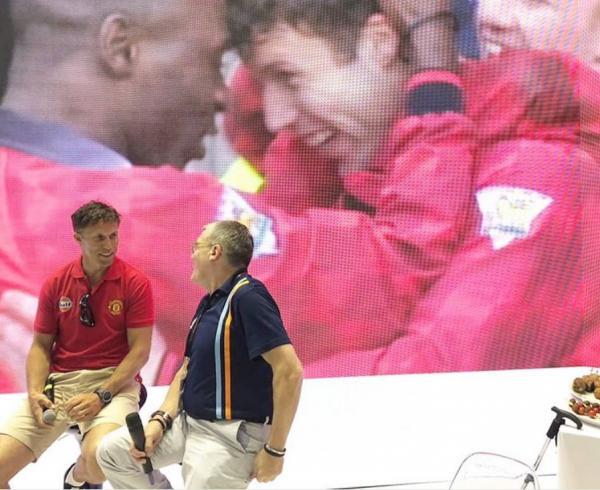 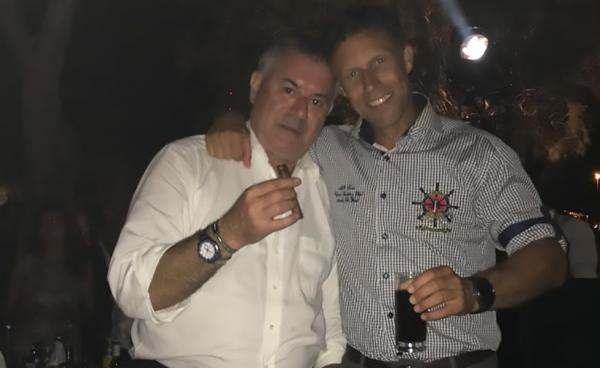 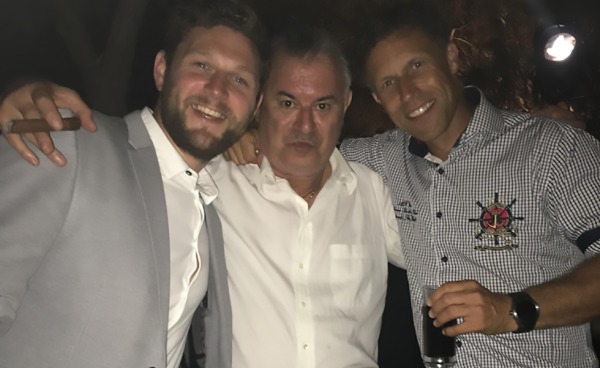