To date, archaeologists have not identified a human victim of the blast. No human remains have been found even at the archeological site at Akrotiri in Santorini

About 3,600 years ago the Santorini volcano erupted causing a catastrophe not only locally but more widely.

The effects of the explosion are a permanent subject of study. It is believed that what followed the explosion contributed significantly to the collapse of the Minoan civilization. Some studies have suggested significant negative consequences that also existed in ancient Egypt.

To date, archaeologists have not identified a human victim of the blast. Even at the archeological site in Akrotiri in Santorini no human remains have been found.

Archaeologists from the University of Ankara have unearthed the remains of a young man and a dog during excavations at a Late Bronze Age archeological site near Cesme Bay. 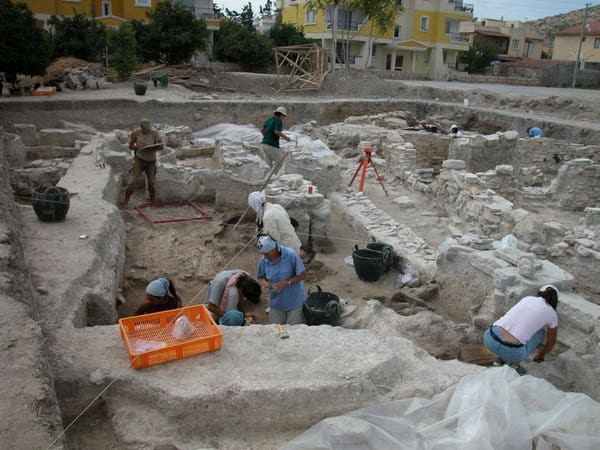 What the study showed

The study of the findings and the radio dating done on them show that this man and the dog lost their lives from a tsunami caused by the eruption of the volcano.

Scientists have also found strange pits in all the ruins, speculating that they may have come from the efforts of survivors who were desperately looking for other survivors or the dead.

According to the study, this eruption occurred no earlier than 1,612 BC. If the results of the study are confirmed. this man and the dog will be the first victims of the explosion we know. 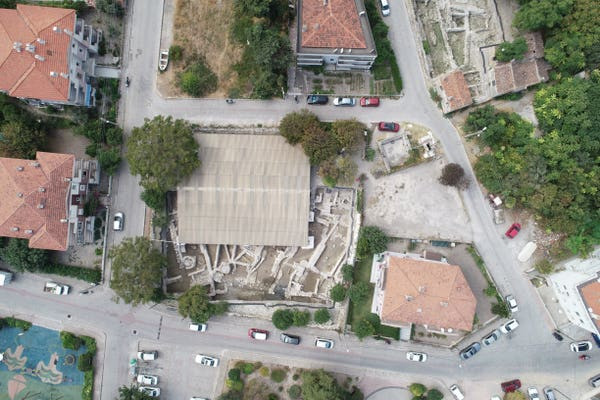 This discovery adds new elements to the puzzle of the effects of the explosion. The prevailing theory states that the tsunamis caused by the explosion were directed south of Santorini, mainly to Crete, and the rest of the Aegean regions received only the ash of the explosion.

As it seems, large tsunamis were created that hit the coasts in the northern Aegean.

Published in the Proceedings of the National Academy of Sciences, the researchers said the findings show that the site where the man and the dog were found was “visited” by four different tsunamis that were all the product of the volcanic eruption.

There are currently 646 intubated COVID-19 patients (60 percent men), with an average age of 66-years-old, and 82.7 percent have an underlying medical condition and/or are age 70 or older. Of intubated patients, 80 percent are unvaccinated or partly vaccinated