ingr > Plus > Posidonia 2018 > World War I and Interwar: The contribution of Greek seamen

World War I and Interwar: The contribution of Greek seamen

Everyone acknowledges the contribution of Greek seamen to the creation and development of Greek Shipping. It has been valuable. There has been a constant close psychological and professional cooperation between shipowners and crews during the years of the creation of Merchant Marine. There was great hardship and arduous labor. Yet, the common origin of seamen and shipowners and the inexistent at that time, fifty years ago, class perception had established a peaceful relationship between capital and labor.

Every merchant marine vessel was a part of the place of origin of the shipowner and often of the captain, where the compatriots were recruited, his friends and relatives, continuing the life and habits of their place. The agonies of the journey were common, and also the dangers and the occasional happy moments. From this emotional bond a strong sentiment of solidarity emerged. Apart from those who from sailboats moved to steamships, many were the shipowners that came from the family of professional seamen. Lovers of progress, intelligent and prudent with finances, they formed cooperatives with colleagues who were also family relatives and friends and with the help of other shipowners, they managed to buy a steamship and to engage in the new endeavor, often also personally working upon their own ships. In this fashion, these old colleagues of the ship’s deck with their promotion into the ranks of shipowners, still remained colleagues, risking along their crews. This was the good pre-1914 period. Then the ships often visited the national ports. They went up and down the Black Sea and they anchored at them. This was very important for the maintaining and completing good crews.

Due to this psychic and emotional bond the incomparable diligence and nautical experience of the ship crews became true and effective factors in the rise of Greek shipping. They loved their ship, with affection and commitment and without complaining they suffered the hardship. They were really tough. “Many incidents”, wrote in 1922 the veteran Nic. Metaxas “highlight the dedication, up to the level of self-sacrifice, of the crew to the interests of the ship”, which they considered as their own interests.

The numerical strength of seamen

The actual number of our marine class was not possible to measure during those pre-war years, but also after them. A census performed by NAT, the seamen insurance agency, in 1874, was the only one. This census raised the number of seamen at sailboats and steamships to 16,577. However, this number did not include the many Greek seamen of those parts of Greece that had not been liberated and who to large extent worked in ships owned by Greeks. When in 1861, NAT was established and incorporated the Register of seamen, the registering of working seamen to their relative positions started and a register was created of seamen, and it was observed that by 1907, that is within 47 years, 130.000 Greeks had obtained a seaman’s book. However, neither this number is an element to calculate the actual number of real sailors. It has been calculated that 40% of the registered seamen did not follow the maritime trade and we do not know the percentage that retired or migrated abroad.

This rate of registering, which for the years 1861-1907 had a yearly average of 2,765 seaman books, was significantly increased in the 23 years from 1908 to 1930. During this period another 163,000 Greeks were registered as seamen, that is an average of 7.090 persons yearly. We can doubt regarding the question whether from these many thousands of persons that obtained a seaman’s book more than 10-15% stayed in the maritime profession. A number of those registered aimed at being part of the navy military catalogues and thus being drafted for the navy in order to avoid being called to the army, which from 1912 was engaged in the war effort. A considerable number of registered would be employed as a seaman for a short time, until they had the chance to escape abroad and in particular to North America. Because of the measures taken by the USA to restrict immigration, the only possible road of entry was the clandestine entrance to the USA as part of a sea crew. 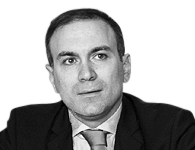 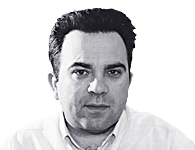