Former PM Alexis Tsipras told Parliament that his alternate justice minister Dimitris Papangelopoulos has been turned into a scapegoat.

He believes the Novartis scandal was properly handled legally and morally and that there is no indication of a conspiracy or manipulation of the judiciary.

The revelations and allegations of top prosecutors and of protected witnesses that they were subjected to pressures to target specific politicians for Mr. Tsipras were chance events and he said that his minister was simply trying to combat corruption.

For two years public life was dominated by what Papangelopoulos called the greatest scandal since the establishment of the Greek state.
Tsipras and his party cadres fiercely tried to exploit the case politically and in certain cases convicted politicians with their political rhetoric even before they were charged.

The Novartis scandal and the iincredible price gouging on medicines and pharmaceuticals are crystal clear.

It is also indisputable, however, that during the crisis with constant interventions prices fell to nearly normal levels.

The SYRIZA government never tried to probe the true causes of the mismanagement of public funds and the culprits.

Mr. Papangelopoulos acted decisively in an attempt to target SYRIZA’s political opponents in order to ensure, as his critics claim, the previous government’s control of the judiciary and other institutions.

That, beyond the allegedly targeted politicians, is what the judicial functionaries who handled the Novartis case have claimed.

Papangelopoulos alleges that there is a criminal cabal that wants to annihilate him and that he is a victim of political persecution.

He has every right to defend himself.

It is imperative that one move swiftly to gets to the bottom of this pitiful story that has divided the Greek political system and has battered the prestige of the Greek judiciary.

All the dark aspects of this case and the role of those who undermined institutions must come to light as it has injured the political system and the judiciary.

It is the duty of Parliament and the judiciary to eliminate the shadows that have fallen on public life.

YRIZA Head of Development and Investment and Messinia MP, Alexis Haritsis called on the government to “finally show a basic seriousness and treat society with respect” and in the field of the pandemic, as “again yesterday we saw the government spokesman and the Minister of Development publicly lying to each other about how unvaccinated minors will enter restaurants”

Decision to operate the Agricultural School in Kalamata

The aim of the Agricultural School is to educate farmers on basic issues related to crops. 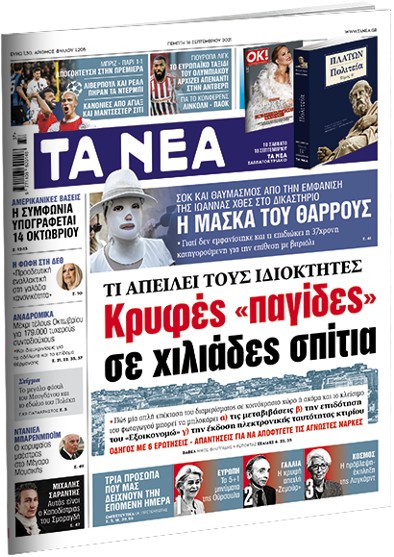